in News in Pages in Events in Reports in Services in Webinars in Downloads in Associations
Home / News / Budget 2016 analysis with Paddy Stapleton, Baker Tilly Ryan Glennon 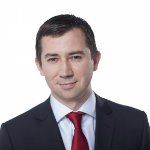 The main areas of Budget 2016 which will affect the construction industry are in relation to the extension of the Home Renovation Scheme, tax equalisation between the self-employed and employees with the phased introduction of Earned Income Credit which will benefit self-employed and proprietary directors, and NAMA’s target to deliver 20,000 residential units before 2020 as well as Minister Howlin’s announcements in respect of continued investment under the Government’s Social Housing Strategy. The reduction in the three rates of USC will also benefit employees and the self-employed in the sector.

While the extension of the Home Renovation Scheme to 31 December 2016, the introduction of reliefs for self-employed individuals and the continued investment under the Social Housing Strategy can only be seen as positive for the construction sector, the target of 20,000 residential units target for NAMA between now and 2020 falls well short of Minister Noonan’s own acknowledgment that there is a requirement for 10,000 new units per annum in the Dublin area alone. Further detail on these proposed investment plans will be required before one can gauge the potential knock on effect for the construction sector.