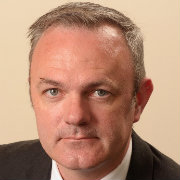 This morning delivered another positive announcement for the Irish economy; a €200 million investment by JCD Developments in a Data Centre in Little Island, Cork. This is another demonstration of how the Irish construction industry is shaping Ireland’s economic and social fabric by attracting foreign direct investment to these shores.

The highly specialised nature of these builds shows that Ireland’s construction industry is considered world class by global players in the tech, digital, pharma and medtech sectors. Both Apple and Facebook have recently announced the creation of billion euro sites for hyper-scale data centres in Meath and Galway.

The Data Centre in Cork will in time employ 150 people but will support many construction jobs over the duration of the build.

The competence of our industry to deliver projects on time, and to a world-class standard, is a key factor in attracting FDI to the Irish economy.

As well as the hundreds of construction jobs created, projects such as Data Centres, are long term commitments to Ireland’s economy and will provide the necessary physical infrastructure for further indirect expansion of many other companies throughout Ireland.

The investment required to deliver these facilities is enormous and investments of this scale require a certain level of surety in their delivery. These investment decisions by some of the world’s biggest multi-national companies are a major vote of confidence in the Irish Construction sector and is indicative of the construction industries ability to deliver over a sustained period of time.

Currently investment by FDI companies in Ireland amounts to several billion euro. Projects are ongoing by major mutli-nationals such as Facebook, Microsoft, BMS, Regeneron, West Pharmaceuticals, Genzyme and Alexion amongst others. The message from these projects is that Ireland’s construction industry has the skills, experience and capacity to deliver.

It is this delivery of the physical infrastructure, that society and the economy requires for expansion, is what make the construction industry so vital. Investment in construction pays in terms of jobs, infrastructure and balanced regional development.

The CIF have called for greater collaboration in the area of FDI between the IDA, the CIF and the Irish Government.  Find out more information in our Government Manifesto document: https://cif.ie/images/pdfs/CIF-main-manifesto-final.pdf