in News in Pages in Events in Reports in Services in Webinars in Downloads in Associations
Home / News / CIF: House activity levels show scale of challenge facing Housing Plan 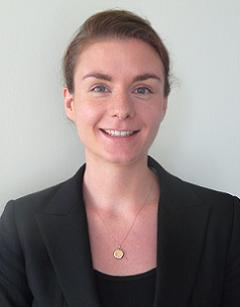 The Government’s Action Plan on housing “Rebuilding Ireland” was launched on 19th July 2016. It is hugely ambitious and envisages the private sector reaching an output level of over 25,000 units per annum by 2021. The homebuilding sector completed around 12,600 units in 2015. However, the sector only commenced 8000 units demonstrating the scale of the challenge faced by all those interested in housing supply.

The action plan addresses issues relating to the planning, infrastructure and development/construction of new housing developments. However, its success also depends on the inclusion of measures to support the first time buyer in Budget 2017 and the results of the review of the Central Bank’s mortgage rules.

Recent housing building activity data shows us where we’re at and how far we have to go to achieve these targets:

• 4,066 residential units were commenced January to May 2016; an increase of 1,136 units during the same period in 2015. Individual/One-off housing units represent just under 38% of total commencements.

• The 5,587 residential units completed in first five months of 2016 broken down by type:

This data does show an increase in new house building activity on 2015. However, this increase must be measured against a very low base historically. It also shows that at the current rate of increase, we will not meet the targets envisaged in the Housing Plan, unless decisive action is taken.

The expected number of units coming onto the Irish housing market by end 2016 and into 2017 falls far below short- and medium-term market demand. As seen in recent reports from the Banking & Payments Federation and Daft the restricted supply of new housing units is impacting on the level of mortgage transactions, as well as continuing to put upward pressure on prices and rents nationally.

The Central Statistics Office (CSO) recently released some preliminary results from Census 2016 showing areas of population growth and decline. The preliminary results show that the total population increased by 169,724 since 2011 to 4,757,976. Population change varied widely across the country ranging from a high of over 8% in Fingal to a low of -1.5% in Donegal. The fastest growing counties were the four administrative areas of Dublin, along with the commuter belt counties of Meath, Kildare and Laois and the cities of Cork and Galway. Interestingly the five cities of Dublin, Cork, Galway, Limerick and Waterford have all grown faster than their surrounding counties.

The NPF will be the long-term, 20 year strategy for the spatial development of Ireland that will focus the key underlying principles of quality of life, sustainable economic growth and the environment. The NPF will influence regional strategies and county development plans as it will be the central planning policy document for the country and through this it will provide a clear vision to guide future development and investment decisions.

It will require a politician every bit as skilled as Minister Coveney and buy in from many stakeholders to coordinate the envisaged increase in house building activity within an agreed national planning framework. This will shape Ireland’s economic and social fabric for the next 20 years.