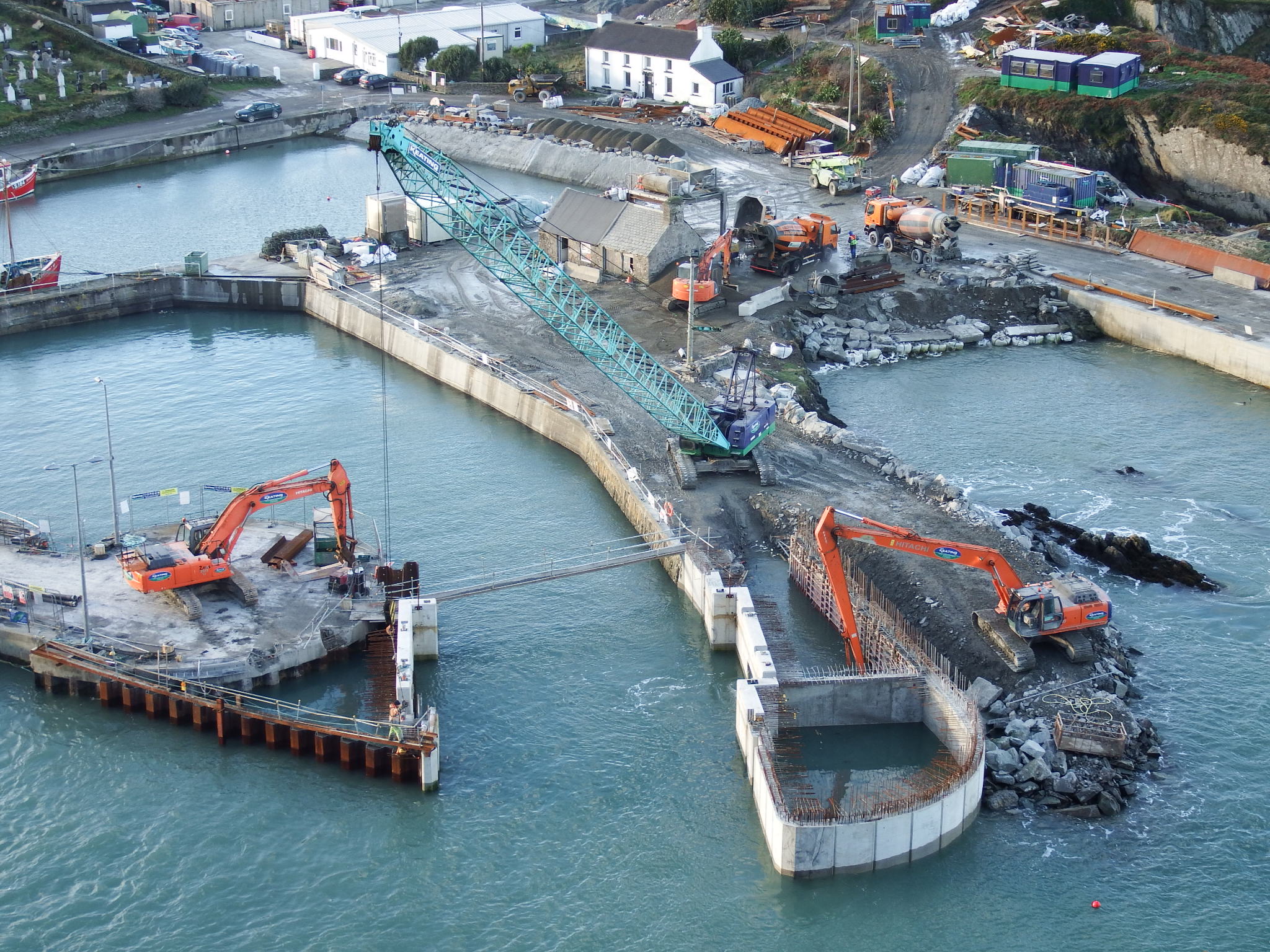 They took on the redevelopment and improved protection of Cape Clear Harbour on Cape Clear Island off Cork. Cape Clear is Ireland’s most southerly inhabited island and the north harbour serves as a vital link for islanders to the mainland but previous to the works being completed by L&M Keating, the harbour and boating fleet were vulnerable to damage from heavy Atlantic swells.

The offsite fabrication of major elements such as Xblocs, steel storm gates and large pier elements was necessary. The alternative cantered around precasting a 15x15x9m high, 1000t reinforced concrete storm gate chamber 130km away in Verolme Dry Dock, Cobh. The chamber designed with temporary steel stop logs sealing each of the 12x8m high open ends and decked to make water tight. Once assessed for seaworthiness by the Marine Survey Office, it was towed to Cape Clear to arrive at the right stage of the right tide with the right weather conditions where it was slotted into place at high water and sunk in position on the falling tide. Once the chamber was in place the remaining pier structure was built around it. This structure was also redesigned to include more structural precast concrete. The novel precast concrete solution reduced in water and on-site works. Using a specialist company, marine plant, dredging, sheet piling and rock anchoring was all completed in the intertidal zone. An onsite batching plant provided over 600m3 of concrete to the works, produced under an ISO 9001 quality assurance system.

The final piece of the jigsaw saw the installation of the two 30t mitre gate leafs. Each of the 8.5x8m steel gates were transported by night time rolling closures of the M9 motorway to Waterford Port. From Waterford they were transported by barge, lifted by 250t crane and bolted into position and attached to their hydraulic control system. The final CE marked installation is operated by a sophisticated M&E package including HMI controller & remote pendant. Simply by the press of a button, the islanders can now close the 30t gate leafs to within 5mm of their design position where they are automatically locked in place by a 30t latching pin prior to the arrival of Atlantic storms. Once the storm has abated, the gates can be quickly opened in the same manner. 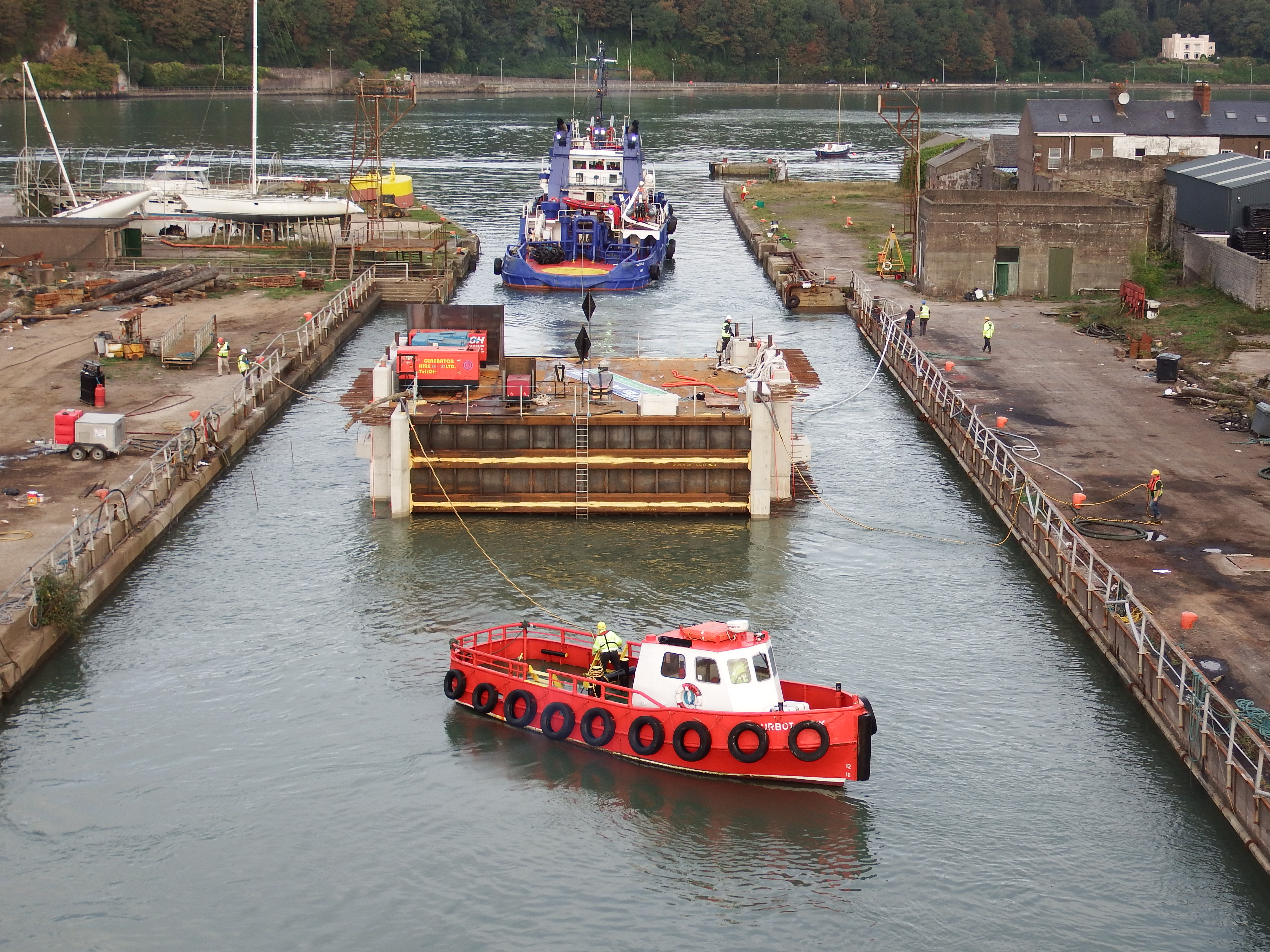 The extremely technically challenging project involved a design to cater for the demands of island working and intertidal works in an exposed environment and L&M Keating employed specialist national and international designers, leaders in structural, mechanical, electrical, naval, civil and geotechnical fields to complete these works on Cape Clear Island.