What we can expect from Budget 2017 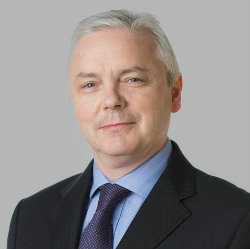 As we approach the publication of Budget 2017 we could be forgiven for thinking it is Groundhog Day. We are supposed to be living in the era of new politics but is seems like nothing has really changed. Everyone is queueing up to take credit for the good news in the leaked anticipated budget changes but no one seems to be stepping up to take responsibility for the less attractive elements of the budget. Meanwhile those who are outside Government have issued alternate budget measure which are aimed at securing their vote, safe in the knowledge that their plans will not be implemented.

One of the more widely discussed issues is the increase in the Old Age pension and other benefits for the elderly. The costs of these measures is high is what has become a tight budgetary environment, particularly with the uncertainty that the Brexit vote has created. It seems again as if the ‘grey vote’ is trumping that of the ‘squeezed middle’ as there does not seem to be a lot in this for those who are currently driving the activity that is taking place in the economy.

Changes are almost certain in the USC, with a likelihood that the middle band, which would include a significant additional band of taxpayers, will now be changed. The effect of this is that this measure alone will use up all of the available tax cuts available, and whilst all taxpayers like to see a reduction in the amount of tax that they are paying, the scale of the reduction is such that it will barely register in a weekly pay packet.

It seems that the Entrepreneur CGT relief may be improved, bringing it into line with the UK’s version, with a rate of 10% on gains of up to €10 million. This may stem the flow of start-ups that we’re going to the UK and make Ireland more attractive as a start-up economy. Despite the importance of foreign multinational corporations to our economy, domestic SME’s remain the most important employment source in the economy.

On the FDI side it is expected that the 12.5% CT rate will be reaffirmed as the cornerstone of our taxation policy. The SARP relief which is designed to attract talent in form abroad to fill the skill gaps that exist here was due to be improved. It is hoped that the recent debate of proposals put forward by Minister Mitchell O’Connor do not dissuade the Minister from making the changes that are needed.

On the construction side, changes to the VAT code similar to those in the hospitality industry are not expected to be introduced. Rather Government looks set to use the First Time Buyers grant to stimulate activity in this area. Whether this one proposal is enough to deal with all the other issues – including bank finance and deposit required – remains to be seen. There is also some talk of amending the tax code for landlords but again whether there is real intent here or it was simply a testing of the waters to gauge reaction, remains to be seen.