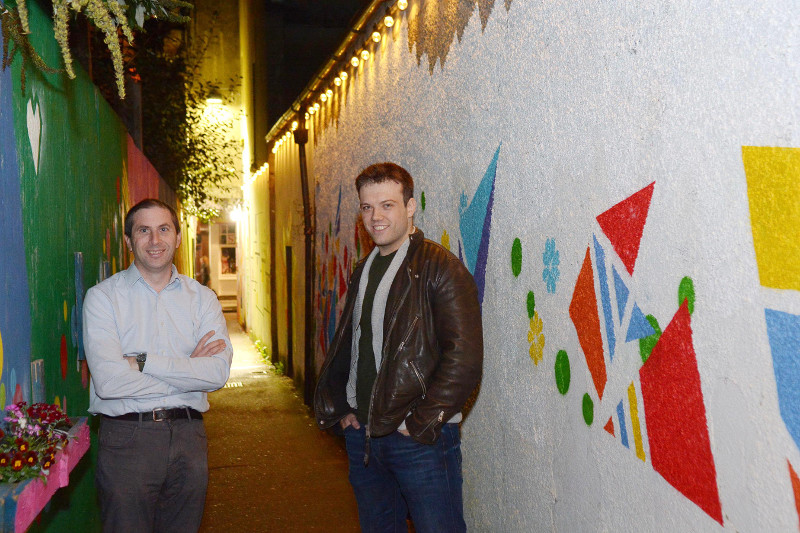 “One of the final projects completed in 2016 by CIF members for Reimagine Cork was completed this week by Sean Ahern Electrical Ltd and O’Shea’s Electrical. The project which involved the installation of lighting in the lane saw two of Cork’s longest established Electrical contracting companies uniting to improve the public realm in the historical core of the city centre. The lane which links North Main St with an adjoining residential area has seen a dramatic increase in footfall since the lighting was installed. Michael Ahern stated that he was “delighted to be part of this broad volunteer effort by many individuals and companies to rejuvenate areas of the city centre. These are small projects but they have a very positive impact on the people that live and work in the area. ” The electrical contractor that has been involved in many lighting projects for the City Council stated that it “illustrates the positive impact that adequate and appropriate public lighting can have on a community”. Brian Nolan of O’Shea’s Electrical who purchased the lighting equipment, stated that he was delighted to part of this broad stakeholder effort and that “it goes to show what can be achieved with the City Council, Reimagine Cork volunteers and Contractors working together.” 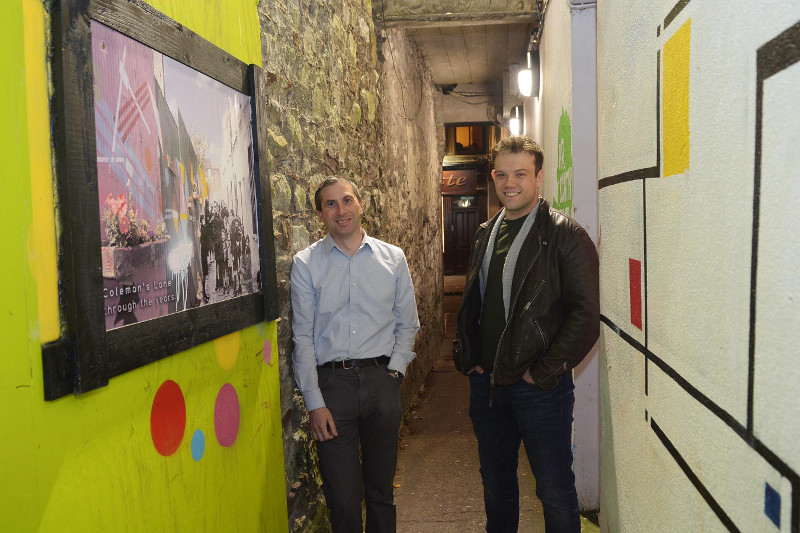 Speaking about the project, Artist, Alan Hurley of Reimagine Cork stated that the installation of the lighting was “the final piece of the jigsaw for a project that saw the laneway being completely remodelled.” The work included volunteers painting the walls, the installation of flower boxes and a general tidy up of an important historical area. “It was vital that we had the professional input of Sean Ahern Electrical to complete the transformation of Colemans Lane. I know from speaking to the residents of the area that they are delighted to have this space back in public use. The contribution of professional contractors has been a vital part of this project and the many other projects that CIF members have volunteered for over the last few months. We look forward to continuing to engage with the CIF into 2017. Some of these regeneration projects are simply not possible without the professional input of contractors like Sean Ahern Electrical and O’Shea’s Electrical.”