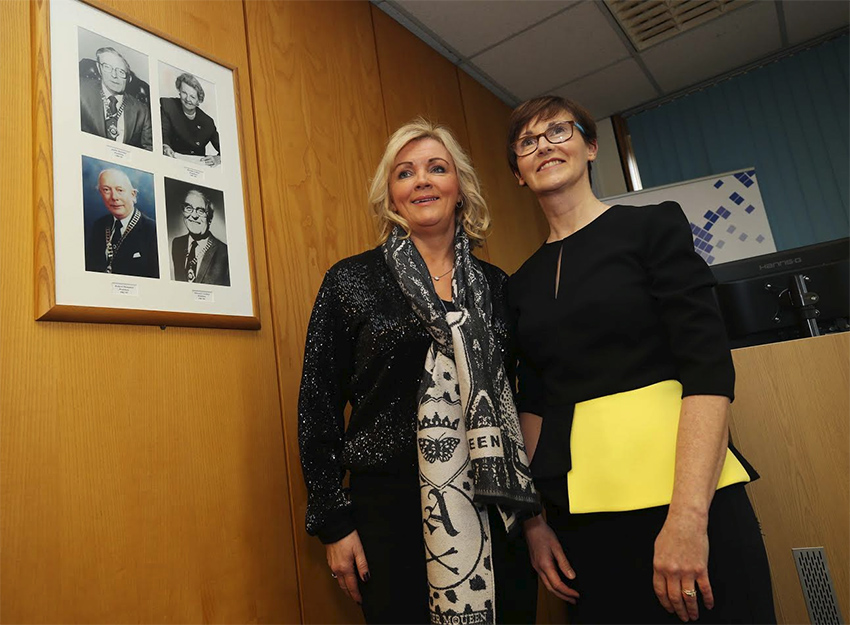 Over 100 men and women attended the Construction Industry Federation’s (CIF) Breakfast Briefing on Increasing Female Participation in Construction this morning.

“The Construction industry is a very male dominated industry, we have about 136,000 people in the sector and just 8% of these are women. Unfortunately we don’t see too many of the women involved in CIF activities and we would like that to change. We need more women participation and getting involved and being moved into more senior roles within the industry.”

“We want to get the message out there that the construction industry is not just for men. We know that the industry is in growth mode and we know that we are going to be looking for more than 112,000 workers up to 2020, so why would we exclude 50% of the population?”

“This International Women’s Day the CIF we have gathered to celebrate the many pioneering women involved in the industry over the years, such as our former President Mirette Corboy and those like her, who have become not only leaders in their field of expertise, but role models for the generations of young women and girls following them.”

“At PayPal we make sure that we have a diverse slate when we are hiring people and that is non-negotiable, that is the start of making sure that you are opening up the opportunities to both males and females. Ultimately then the best person should get the job and I have no issue with that, but if you don’t have that diverse slate, we are never going to break that ceiling and make sure that women are at the table.”

“Often you hear men that men are persuasive whereas women are pushy or men are smooth, but women are showing off; we get that kind of information all the time and it is up to us to stop it. We all need to make sure that we are clear in the language we are using amongst both our male and female counterparts.”

While female participation continues to grow across many sectors in Irish society, from politics and business to sport and technology. Construction appears to be a last bastion of male-domination in business, however, there is a strong tradition of female leadership in the industry.

This CIF event celebrated the achievements of women in the Construction industry, while providing a forum to discuss issues facing women in Construction and an opportunity for those entering the industry to network with female leaders in the area.

As construction continues to expand strongly, the CIF is keen to see more women involved in the construction industry at all levels and every sector.

According to a recent report carried out by DKM with input from SOLAS, the industry could expand by 33% to €20 billion by 2020. It’s estimated that the industry will require 112,000 additional employees across management, craft and trade to deliver the houses and infrastructure needed support Ireland’s rapidly growing population and economy.

Paypal Vice-President Louise Phelan is pictured with Jean Winters, CIF Director, Industrial Relations, beside a photograph of Mirette Corboy, the Construction Industry Federation’s first and only female president, who served two terms during the 1980s and 1990s.”