in News in Pages in Events in Reports in Services in Webinars in Downloads in Associations
Home / News / Construction companies join forces to increase levels of apprentices through share scheme. 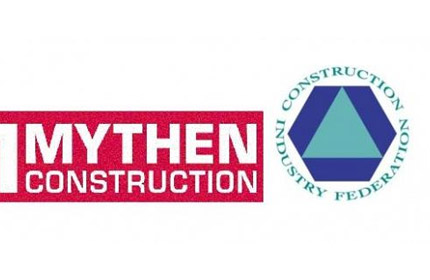 Members of the Construction Industry Federation are tackling the industry’s impending skills shortage with an innovative idea that sees several companies sharing apprentices.

The number of apprentices entering the Construction industry dropped sharply in recent years. However, new apprentice registrations must rise from 1,700 to 4,000 by 2020 to deliver Ireland’s housing and infrastructure requirements.

In 2016, the CIF launched the Shared Apprenticeship Scheme in conjunction with SOLAS, which enables member companies to form a consortium to take on apprentices. The scheme gave participating companies the ability to share apprentices with other members if the pace of work lessened, providing consistent training and work experience for the apprentices involved. Four companies took part in the pilot scheme- Clancy Construction, Cleary-Doyle Construction, Anthony Neville Homes and Mythen Construction, taking on four apprentices between them. The scheme will now be rolled out around Ireland.

“Thanks to the recovery in the economy, the companies involved in the Shared Apprenticeship Scheme Pilot have not needed to share their apprentices, but nonetheless that safety net was there for these companies and it gave them the confidence to take on these apprentices once again.

“One of the companies had never taken on an apprentice before and they found it so beneficial that they started taking on apprentices in their own right also. The scheme is currently being rolled out across Ireland and while it is not going to be the only solution to the low numbers of apprentices that we are experiencing, it will certainly be part of the solution.”

“It has been a huge success. The Shared Apprenticeship Scheme meant that I had the confidence to take on a young block layer and I can look at his mother and father and say ‘if I don’t have work I am also partnered with these companies who will’ because one of the things we were fearful of in the past was hiring young Johnny and then the work drying up in nine months’ time and having to let young Johnny go. With this scheme, if my block work situation dries up for whatever reason, I can go to the other three companies to find him work. The scheme gave me the confidence to go and take on apprentices. I had no apprentices then the Shared Apprenticeship Scheme was set up and now I have three apprentices.”

“The initial idea was that four companies would come together as a consortium to take on block laying apprentices. One of the reasons for this was that none of the companies felt at the time that they had sufficient work to keep an apprentice going over a four-year period.

The funny thing was that we didn’t end up sharing the apprentices because we didn’t need to, none of the companies ran out of work. It has given contractors the confidence that they can actually make a commitment to a young apprentice and their family, that they can take them on and provide them with this opportunity, certain that they can get them through their four years. I would 100% recommend the scheme to other contractors around Ireland.

The downside of it was, if there was any was that we were only allowed take on one apprentice per company, so you couldn’t expand it, but we have since met with the ETBs and SOLAS to review the scheme after a year and they have agreed to expand it and are now intent on rolling out the programme nationally. We hope this scheme we encourage more people into the wet trades in the industry, which we badly need.”