in News in Pages in Events in Reports in Services in Webinars in Downloads in Associations
Home / News / Project Feature: Murphy International- Building Bridges 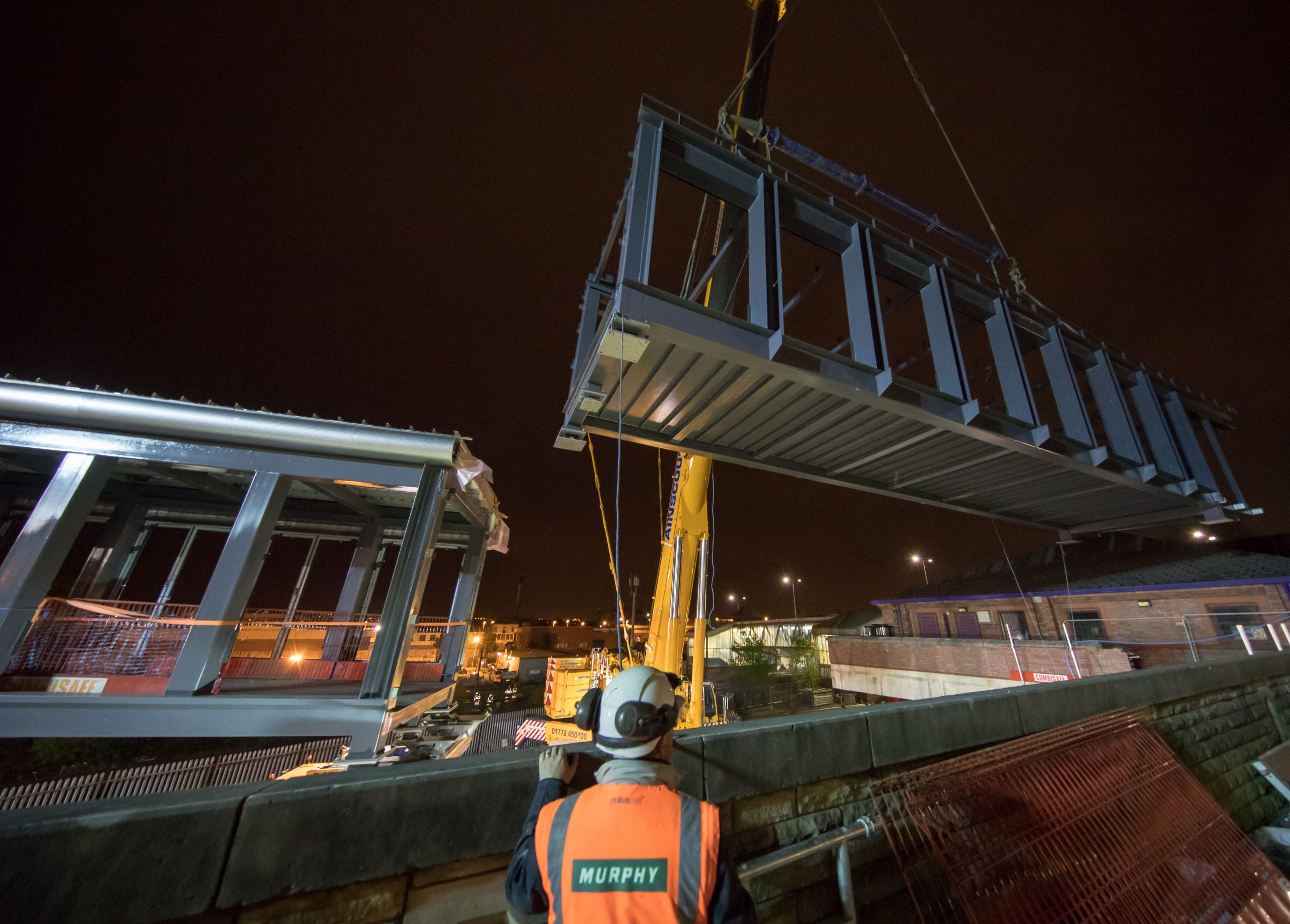 Bolton’s Skylink Bridge, fabricated in Ireland by Murphy International, opened to the public on the 2nd September 2017.

The much-anticipated Bolton Skylink opened to the public eight months after Murphy International started fabrication in January of this year. The 100 meter fully enclosed bespoke steel footbridge was fabricated in four sections in Murphy Internationals steel workshop in Newbridge Co. Kildare with two of the sections an exceptional length of 32 meters, weighing 42 tonnes.

These sections then made their way across the Irish sea to become part of one of Bolton’s greatest architectural landmarks of the future.

“Murphy Group were awarded the project and called on the group’s specialist in-house capabilities in Ireland to fabricate, clad and install the bridge. We have delivered numerous bridges for Network Rail in the UK, but this has been our largest bridge structure fabricated to date,” said Sean Quinn, Murphy International Contracts Manager, Steel Division. 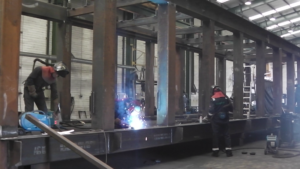 Murphy International expanded their existing skillset during the recent recession, creating a new market for the company in exporting fabricated steel structures for erection in the UK.

“We are now certified to EN 1090 CE Marking to Execution Class 4, BS EN 3834, on the Register of Qualified Steelwork Contractors for Bridgework and recently certified to NHSS 20 the UK’s National Highways bridgework qualification scheme,” Sean Quinn added. “We have a very good team here at Murphy International from our draftsman, welding engineers and the crew in the workshop, who are highly experienced and very good at specialist fabrications like this one.” 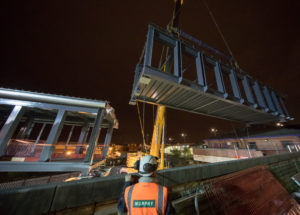 The Skylink bridge sections were painted in the UK to Network Rails metal spray specification and subsequently transported to the railway station car park, where they were then clad in a mixture of Kalzip cladding, glass curtain walling and the architectural Kalwall system. 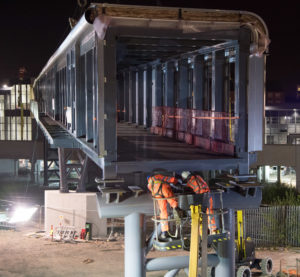 The installation took place overnight, outside rail timetable hours and the units were lifted into place with a 750 tonne crane and a 12 man crew.

“In order to reduce the amount of work over the railway line and the disruption to passengers we installed the cladding in advance of final placing,” Sean Quinn explained.

The £3.5 million Skylink project is a key element of the Bolton interchange scheme, which will improve bus links and facilities at the city’s main train station.

Bolton Council Leader, Councillor Cliff Morris, said: “It is fantastic to see this exciting development taking shape, as it will bring Bolton’s transport provision firmly into the 21st century. The bridge connects our railway station to the new bus station and creates an interchange that links up our public transport in the town centre.”

The transport interchange is being delivered by TfGM in partnership with Bolton Council and Network Rail, and is being funded by the Greater Manchester Transport Fund. “Murphy International are proud to have been involved in such a landmark structure in the UK and are replicating our specialist offering for landmark structures here in Ireland such as the recently delivered and hugely impressive Apple Market in Waterford,” Sean Quinn added.

For more information check out www.murphygroup.ie