in News in Pages in Events in Reports in Services in Webinars in Downloads in Associations
Home / News / CIF Project Feature: Central Bank by Winthrop 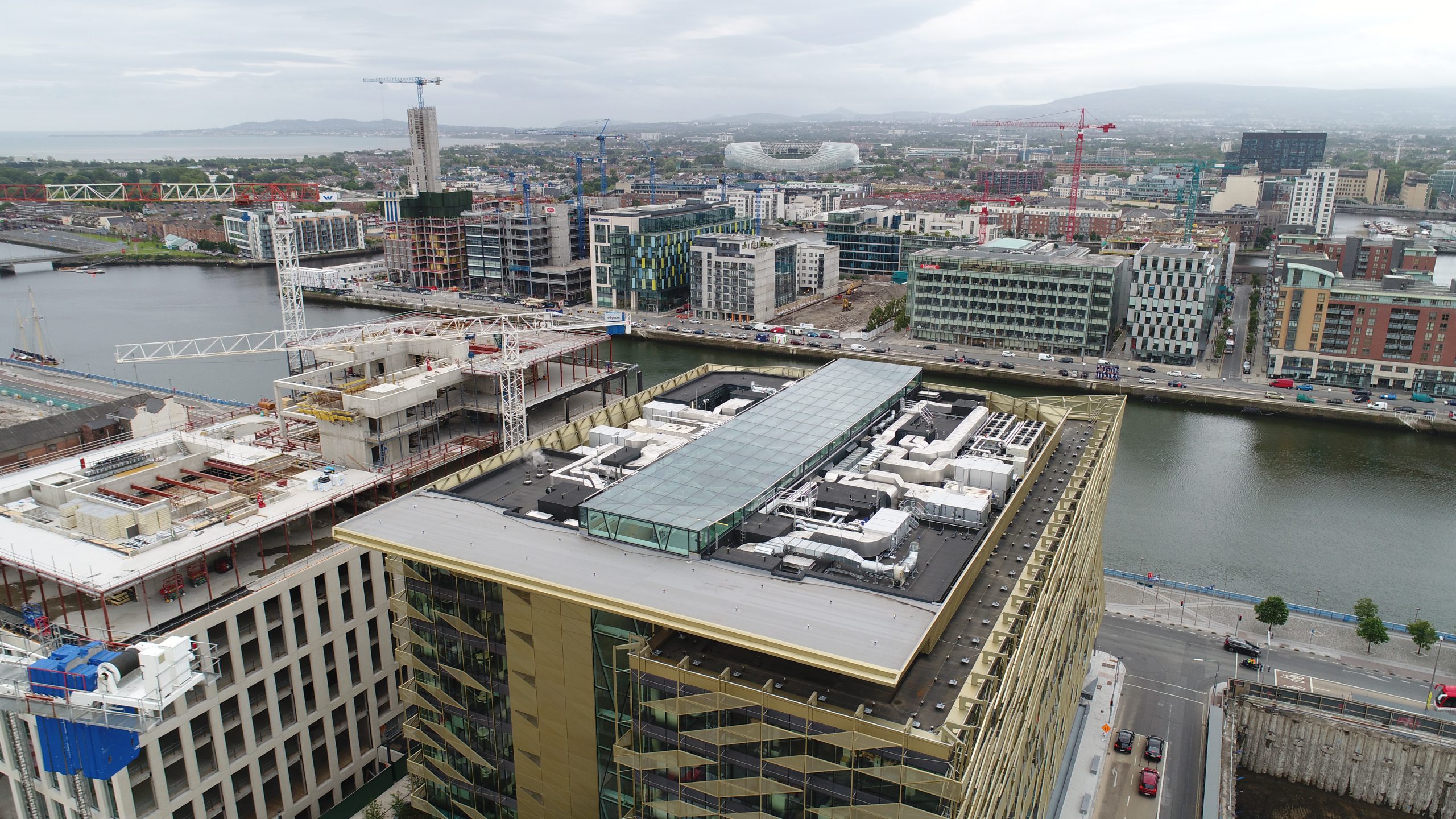 Winthrop was engaged by Walls Construction to deliver the Mechanical and Electrical services on the new eight-storey 30,000-sq m Central Bank of Ireland offices. The projects went from shell to walk-in ready in less than two years.

Perhaps the most significant challenge posed by this project was taking the shell of the existing building and modifying it to suit the bank’s requirements- delivering a building of the highest quality, energy rating and sustainability. 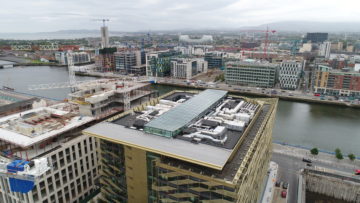 The design criteria to achieve a BREEAM Excellent accreditation and a BER of A2 meant that the selection of top quality, efficient plant and materials was paramount throughout.

Working closely and under the guidance of the consultant engineers O’Connor Sutton Cronin (OCSC) and architects Henry J Lyons (HJL), Winthrop had input into the implementation of the systems controlling the building management system, façade management system, the CHP plant, basement smoke clearance system and the car park ventilation system.

Mechanically, a key design feature is an energy saving mixed mode ventilation strategy, which, when external conditions are acceptable, will allow the façade mounted louvres to open and let fresh air enter the space. This, coupled with the most highly efficient plant equipment and latest heat recovery systems, ensures real energy savings for the building. 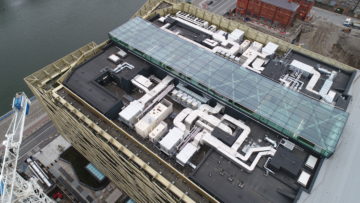 Unusually, the majority of electrical plant is located at roof level, with the distribution structure feeding down through the building. This helped to maximise the usable space from the two lower basement levels up to the seventh-floor offices with dramatic views of the city and bay.

Systems design by the Consultant Engineers OCSC and Architect HJL were driven by the most energy efficient principles with central control systems installed for BMS, lighting and protective services. The entire building can be controlled from either fixed points by the facilities management team, or by remote connectivity for a 24/7 set up, which would be expected in a modern building of this stature.

The majority of lighting, totalling 10,000 LED light fittings within the building, is controlled by automatic sensors that not only control on and off functions, but also light levels depending on the sunlight, as it hits the building during the day. The system is programmed with pre-sets to drop light levels at night as the building is mainly vacated after a certain time.

Winthrop provided a complete structured cabling system for the end user, which includes a fibre optic backbone and Cat 6A network using the latest intelligent patch panels to put this building right at the forefront in data installations.

Another major challenge on this project was the phased handovers of critical areas, as the client took possession of the building.

To facilitate the crucial IT requirements of the client, all communications rooms were completed, commissioned and handed over while major construction was still being carried out.

The BCAR requirement was also a crucial element of project delivery, with Dublin City Council taking a keen interest in the commissioning and certification of the building, given its extremely high-profile status.

The Central Bank moved staff into the new building over a number of weeks and Winthrop was on hand to assist all the way and ensure the move was a seamless as possible for each of the 1,500 staff members.

“The Central Bank project set a new benchmark for innovative design and efficiency, and massive compliments must go to the design engineers and architects who designed this unique project,” Winthrop Managing Director, Anne Dooley said. “The Central Bank is a great example of the type of project completed or currently on-site within the company at this time. We recently completed the 21,000-sq m Miesian Plaza Project on Baggot Street as well as Google’s European HQ and Facebook’s European HQ, also in Dublin. We have also been appointed as Electrical Contractor on the Dublin Landings project, adjacent to the Central Bank. Just across the river from the Central Bank, we are currently carrying out the electrical fit-out of the 12,300-sq m 8 Hanover Quay project – The Reflector building. These are the scale of project that Winthrop has become accustomed to completing in Dublin and further afield over the past number of years.”