Strategic investment in Waterford’s North Quays will transform the region 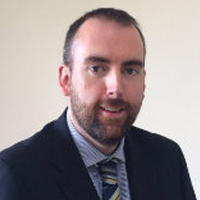 The Construction Industry Federation (CIF) warmly welcomes the publication of the North Quays Draft Planning Scheme. This is another significant step to realising a hugely important development for Waterford and the South East.

The Strategic Development Zone (SDZ) lands at the North Quays, which comprise approximately 8.23 Hectares, are not only important to the South East, they are also of major economic and social importance to the state.

For years development in Waterford City has been limited by the absence of key infrastructure, particularly in respect of its river crossings and City Centre access.

This multimillion euro investment at North Quays along with the development of the Michael Street shopping complex will help to transform Waterford City and ensure that the City attracts further investment in the future.

In the upcoming National Planning Framework ‘Ireland 2040’ the Government identifies Waterford as a key growth centre and envisages that the population of Waterford will double between now and 2040. Projects and developments such as North Quays will help ensure that this vision for the region will be realised. The predicted population growth means that thousands of new homes will be required. This in turn will lead to the creation of many jobs in the construction of these new residential units.

It is vitally important that this private sector-led development is supported by the provision of infrastructure by the state, with a required investment of approximately €63.4m.

This investment by the state will unlock Waterford’s potential, delivering the redevelopment of the North Quays, the Ard Ri hotel and the Michael street shopping centre. An Economic Appraisal prepared by Indecon Economic Consultants shows the combined investment in these three Waterford sites will reach €562 Million.

The North Quays development will see approximately 1,000 direct construction jobs created throughout the project, with many more jobs generated indirectly through products and services used. The development will also bring 2,300 jobs are created in retail and tourism.

Projects such as this represent a long-term commitment to Ireland’s economy and will provide the necessary physical infrastructure for the further expansion of many companies throughout the region.