in News in Pages in Events in Reports in Services in Webinars in Downloads in Associations
Home / News / #BuildingEquality – Sharing Your Stories: Lorraine Power

As part of the #BuildingEquality 2018 Campaign, Lorraine Power, Senior Project Surveyor, JJ Rhatigan & Company, shares her story as a woman in construction. 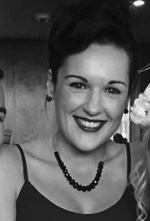 Currently employed as a Senior Project Surveyor with JJ Rhatigan & Company, like many stories that I’ve heard, it was most definitely the influence of family members that drew me into the construction sector, not so much my parents, my mother would have envisaged life on a building site to be a tough environment for me but my uncles were small scale builders so from as long as I can remember I would beg to be allowed to visit sites.

As bizarre as it may sound, I have always loved the smell of wet concrete. My uncle was then killed from a fall off scaffolding on a wet November morning in 2005. There was a plank moved and he slipped, strangely enough this tragedy “concreted” (excuse the pun) my decision to pursue a career in the Construction Industry. I appreciated his craft and I just wanted to somehow be involved.

I started out doing Construction Studies in GMIT and graduated with a Degree in Construction Management which left me open to a number of career possibilities and add-on courses. I immediately started working with a large-scale Galway Building Contractor which opened the door for me to Quantity Surveying. Unfortunately, my timing wasn’t the best and I had entered the industry just as the recession was at its worst. Nevertheless, the Director there at the time encouraged me to further my education and I started studying Quantity Surveying through distance learning with Reading University in the UK.

As the recession lingered, jobs were lost and staff numbers dwindled, margins were tight and I found myself thrown in at the deep end. I was suddenly handed a number of projects to manage and the busier my work day became the more I started to enjoy the job. I was forced to learn fast and thrived on the pressure of deadlines. It has been tough at times and there have certainly been bad days but I have not yet regretted my decision to become a Quantity Surveyor.

After 9 years with the same company and over 50 projects under my belt, in 2016 I made the nerve wracking move to join JJ Rhatigan & Company. Since joining the team I have had the pleasure of working with a number of female professionals who have pursued similar career paths to my own. It’s refreshing and somewhat satisfying to see an increased female presence on sites and in boardrooms, however, we need more women in the industry, more gender equality and as in all industries across the board, equal power and equal pay.

Attracting more women and girls into the industry to even attempt to gain parity in this growing industry, I believe that career options need to be explained to children at a young age. Career guidance at second level education is too late, subject choices are already made and unfortunately there is still a tradition of ‘boys choosing to study Construction Studies and girls doing Home Economics’. Today’s children are the future of this industry (and all industries) but it is the opinions and views of today’s adults that will further the bid to attain gender equality in the Construction Industry for the decades to come.

Although the age old, and sometimes offensive, public perspective surrounding women in construction has started to change, it’s not there yet. The tiresome remarks about “pink hard hats” are less heard these days but the odd raised eye brow still exists. It’s the people who raise the eyebrows that need to change.