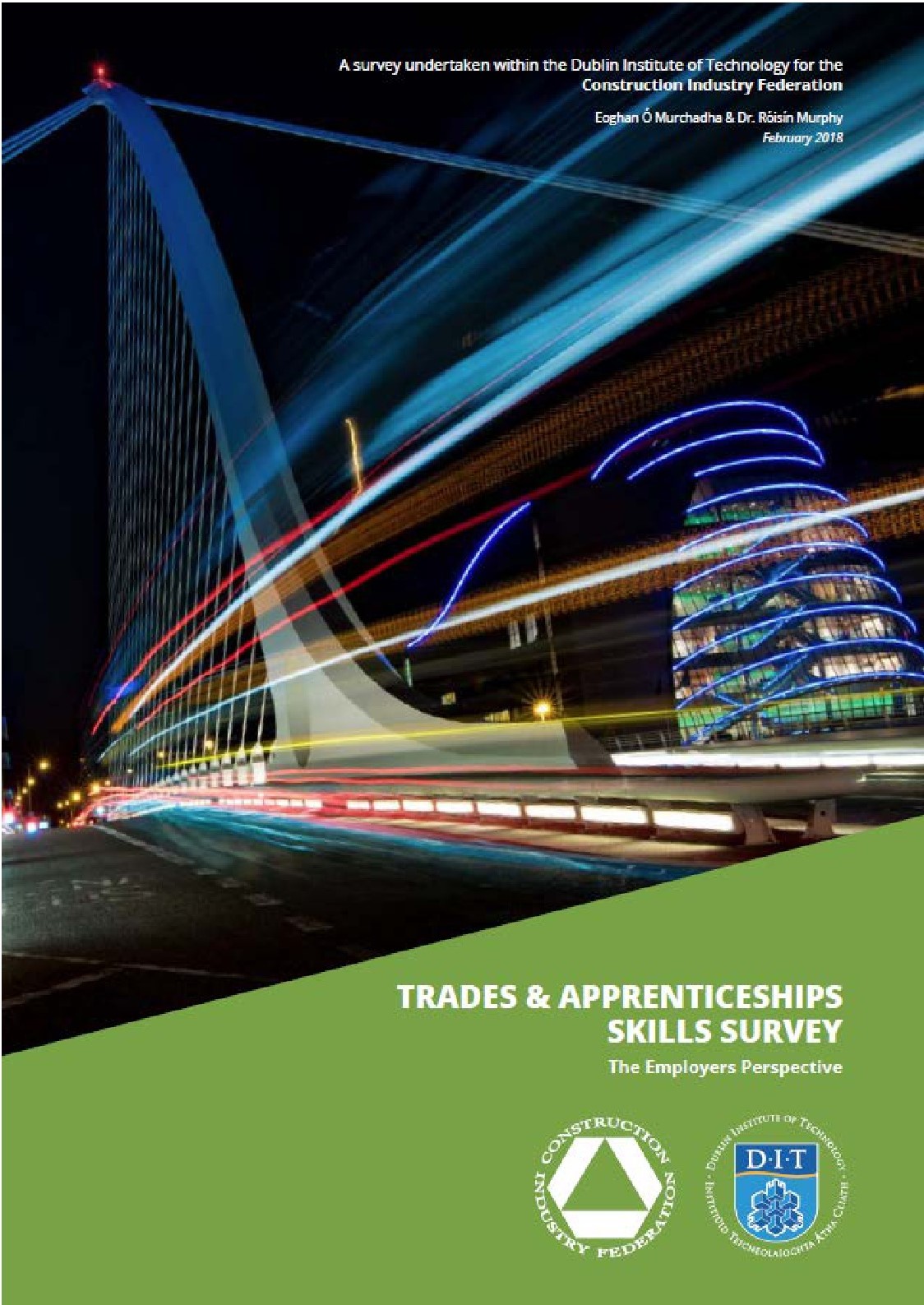 A survey conducted by Dublin Institute of Technology (DIT) on behalf of the Construction Industry Federation (CIF) has found that Ireland lacks the requisite number of apprentices in construction to meet our housing and infrastructure needs. 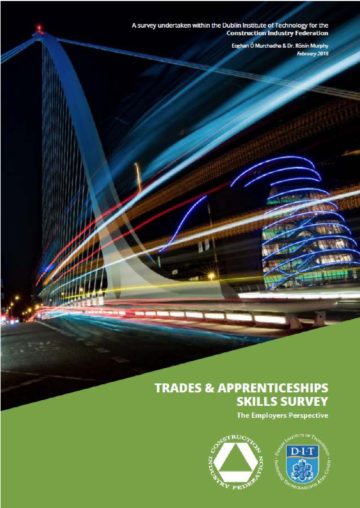 This lack of apprentices may negatively impact on the industry reaching its potential output whilst putting upward pressure on labour costs.

The CIF/DIT report recommends that urgent actions are taken by Government and industry to repurpose the apprenticeship model particularly with regard to the wet trades. 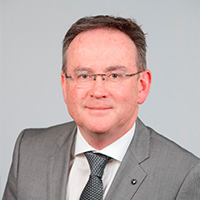 “Apprentices are essential to the development of a modern construction industry. Around 2006, we had over 25,000 apprentices in the industry and an annual registration of 8,306. Today, we only have around 3,000 new registrations annually. We have only 7 female apprentices in the construction industry. The industry is in strong recovery mode and employment is increasing by about 10,000 workers per year, but we are not seeing sufficient numbers coming through the apprenticeship model. This survey shows that the model needs to be updated particularly with regard to the wet trades.

If the construction industry continues to grow as forecast, a lack of apprenticeships will have a long-term impact on our ability to grow, it will put upward pressure on wages across the industry and ultimately, it is possible that some trades will be left with a void of homegrown talent.

Many of today’s industry leaders have come through an apprenticeship and now lead global companies. Hundreds of managers and thousands of our workers have also come through the system. As such, apprentices play a vital role in the evolution of our industry. We need a fully functional apprenticeship system that benefits the apprentice, the company and of course, the State. Due to the increasing demand for construction output over the next decade, increasing apprenticeship numbers is critical so our companies can meet Ireland’s housing and infrastructure needs. The pipeline for construction activity is very strong with predictions of between 9% and 14% annual growth for the coming years. So now is an ideal time to address any shortcomings and to ensure that the system is delivering for the triumvirate of stakeholders; the apprentice, industry and the State.

Whilst construction employment has grown by 50,000 since the nadir of 2013, apprenticeship numbers have in some trades failed to record significant improvements and declined in some important subsectors, such as the wet-trades – bricklaying, plastering, painting and decorating and tiling.

This survey shows that for many companies, particularly the SME cohort, (about 99% of the industry) taking on an apprentice is beyond their financial capacity. In other words, a gap has emerged between industry and the apprentice in trades that are critical to the delivery of the housing and infrastructure which our society and economy requires. Closing this gap will need to be a collaborative effort with the State.

Significant investment in the education, training and apprenticeship system is required if we are to expand the capacity of the industry to deliver infrastructure and resolve the housing crisis whilst also equipping the next generation with construction skills. Relying upon importing mobile labour to meet demand is not sustainable. Moreover, it is at the expense of growing indigenous talent and, thus a wasted opportunity. Rather, with investment, and targeted measures, the State can deliver necessary construction whilst enabling industry to provide thousands of quality careers to people.”

Skills gaps have emerged across the full range of construction trades and are most pronounced in the “wet” trades (e.g. Plastering). The shortage is so severe that there exists the potential for long term problems, such as is the case of Floor and Wall Tiling, where no new apprentices have been registered in the last number of years.

The annual registrations for apprenticeships in these areas in 2006 compared to 2017 are as follows:

According to the DIT/CIF report the top three barriers to companies employing tradespeople were identified in the survey as being:

The survey report’s authors Eoghan Ó Murchadha and Dr. Róisín Murphy of DIT, concluded from the low number of firms engaging apprentices, that residual uncertainty remains within the industry and consequently there is a reluctance to employ apprentices for up to four years. 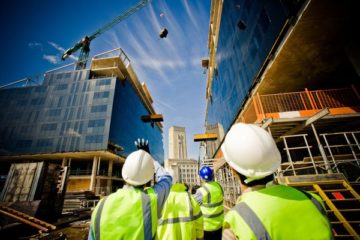 “Firstly, for some companies, the threat of entering into another recession in the future may act as a deterrent to staff recruitment, most notably apprentices,” the report states. “In addition, due to the reduction in registrations on apprenticeship programmes for several years, there now lacks the requisite number of trained construction workers to meet demand for construction output across all sectors.”

The report makes several recommendations including:

The CIF Apprenticeship Working Group authorised this research as part of an ongoing PhD project currently being undertaken in DIT. The report is an independent investigation offering unique insight gained directly from construction employers.

This research study, which was conducted independently of the CIF, presents for the first time, new knowledge regarding trends in the construction labour market. The study is a first of its kind investigation and as such, helps bridge the existing gap in our understanding of trades and apprenticeship skills utilisation within the Irish construction industry.

The majority of respondents to the survey were small to medium size enterprises employing fewer than 10 people and individually do not employ apprentices in large numbers. As a group, they represent the largest cohort within the industry and collectively employ more than any other subsection of the sector.