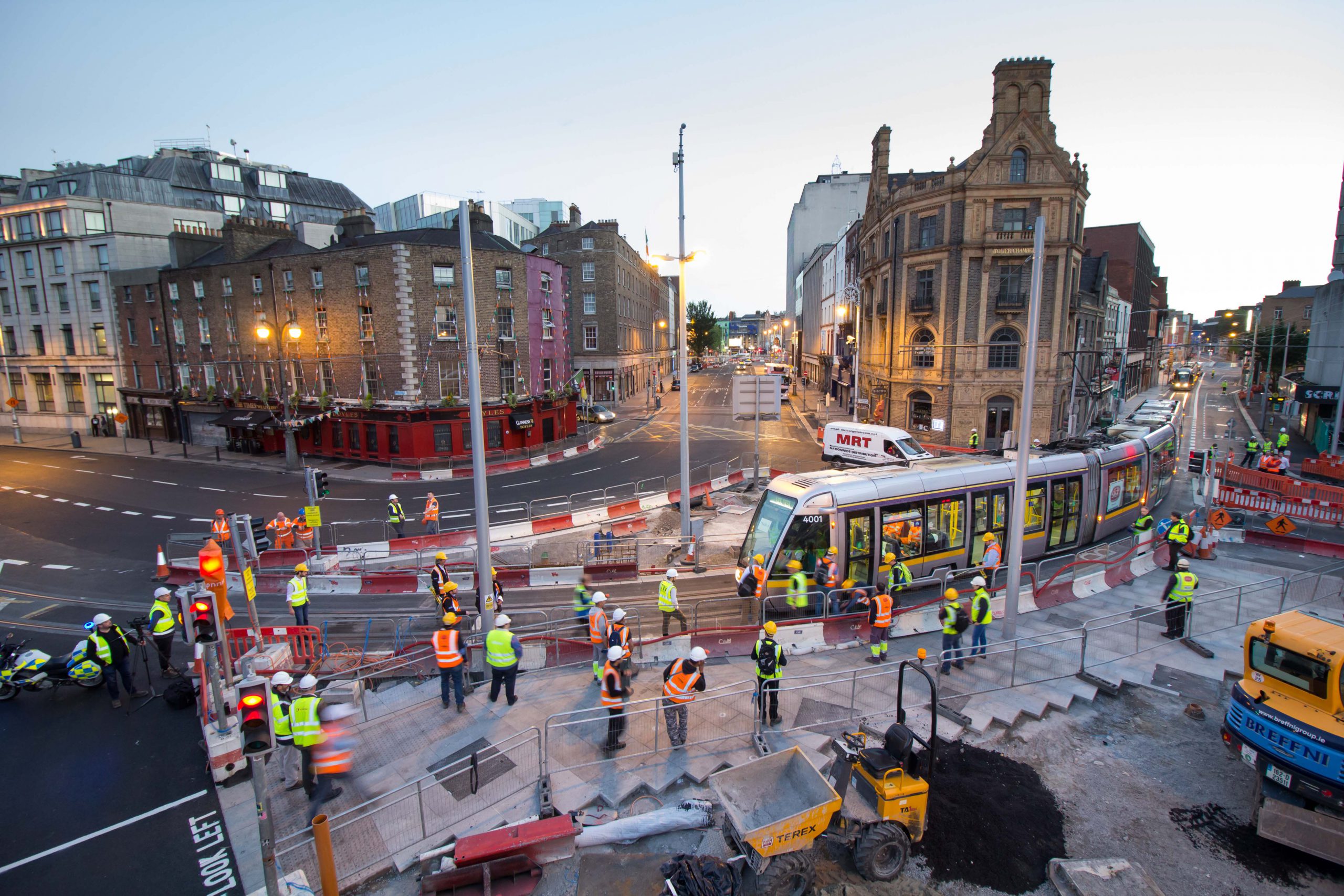 One of the major logistical challenges facing the team that delivered the new Luas Cross City line was coordinating activities to minimise disruption on the capital’s main thoroughfares. 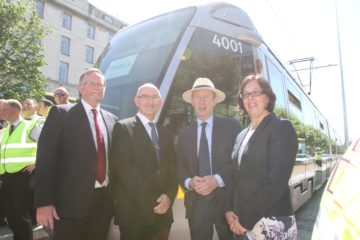 Passenger services commenced on 9th December last on the new Luas Cross City line, an extension that brought the Luas Green Line through the city centre to Broombridge on Dublin’s northside.

Construction on the €368m Luas Cross City line began in 2013, and it was delivered on time and on budget in late 2017, a rarity for such a complex scheme. Construction works for Luas Cross City (Main Infrastructure) were carried out as a joint venture between John Sisk & Son and Steconfer, a Portuguese-based global railway construction company. The project comprised the construction of 5.9km of track with 13 new Luas stops.

“The Luas Cross City project has been one of the most complex and challenging projects undertaken in Ireland in modern times. Its on-time completion is testimony to the quality and commitment of the people who worked on it namely, Sisk, Steconfer and our supply chain,” commented Pat Lucey, Managing Director of Infrastructure, John Sisk & Son.

“The co-operation and teamwork with our client, Transport Infrastructure Ireland (TII), and the many stakeholders was essential and is a template for how complex infrastructure projects should be carried out in a busy urban environment,” he continued. “Since January 2015 nearly 3,400 people have been involved in the project with a peak of almost 600 in March 2017. The mantra of the project was ‘Keep Dublin Moving’, and it took the combined efforts of all parties to deliver on that and still finish on time,” he added. 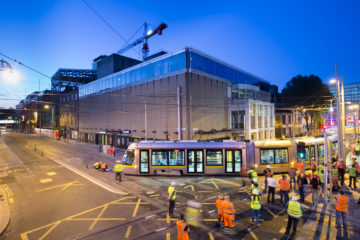 Dave Toole, John Sisk & Son Bid Manager and Project Manager, is ideally placed to outline the key challenges and achievements of the project team as he was with the project from prequalification stage through to handover.

“This project took a lot of forward-planning before the first sod could be turned,” he explains. “It was a Design & Build contract, which had to facilitate the design integration of many diverse systems, above and below ground, and then incorporate these into the crowded city streets.”

Building Information Modelling, (BIM) played a key role in mapping underground utilities and obstructions at key locations in order to plot corridors for new infrastructure. Underground ducting was the first thing to go in on site. But, this had to be arranged to facilitate many elements, including the ticketing machines, which would be the last things to go on site.” 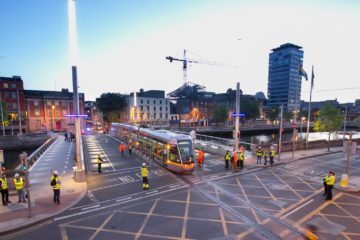 Invasive works at the intersection of the new Luas Cross City line and the existing Luas Red Line at Abbey Street and O’Connell Street, which were initially limited to 11 weeks, were completed within six weeks. A phased crossing of both quays at O’Connell Bridge could potentially have brought the capital city to a standstill for weeks, but with careful planning and scheduling of the works, it only resulted in the quays being closed for one long weekend – the August Bank Holiday, 2016.

“There were a number of things that could have happened, which would have caused the work on O’Connell Bridge to run on into the working week. But we completed the necessary works on the bank holiday Monday,” Dave Toole continues. “Much of the groundwork was in place. We had developed a new fast curing reinforced concrete mix with Roadstone and Sika specifically for this project. We had completed a lot of advance preparation works at night and used prefabricated reinforced steel rail sections that were millimetre perfect. We worked double crews, who had prepared for any eventuality, through the weekend. But again because of the pre-planning that went into the work, all ran smoothly.”

The wider project included the reorganisation of over 30 major traffic junctions and a facade to facade renovation of the city streets, as well as full tram depot facilities. 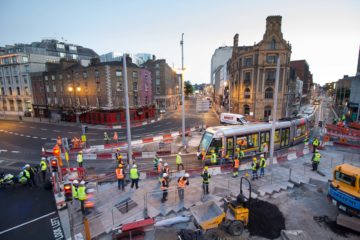 Early collaboration with all relevant stakeholders, package contractors and sub-contractors on site at the planning stage helped deliver the project on time and on budget.

“This was a challenging and exciting project for everyone that was involved,” Dave Toole explains. “It required a massive team effort. This teamwork dynamic also resulted in another achievement – 2.5m man-hours were completed without a reportable accident, with the project achieving an Accident Frequency Rate (AFR) of 0.03.”

Sisk Steconfer JV has recently made the shortlist of bidders for the STG£90m Edinburgh tram network extension Design & Build contract. The next phase of tendering is expected to close in late summer.