in News in Pages in Events in Reports in Services in Webinars in Downloads in Associations
Home / News / Are Confidentiality and Transparency Simply two Sides of the Same Coin?

Are Confidentiality and Transparency Simply two Sides of the Same Coin? 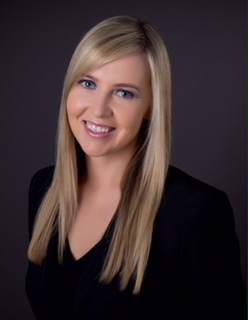 Clare Cashin, Partner at Philip Lee discusses the arbitration process and the benefits of applying transparency.

Perhaps that quote is a little too clandestine even for those of us questioning the merits of confidentiality in certain Alternative Dispute Resolution (ADR) processes, but it might at least set the scene for deliberations.

Arbitration remains one of the cornerstones of dispute resolution in Ireland. In recent years, there has been a significant growth in the alternatives to litigation and arbitration; the introduction of statutory adjudication to the construction industry in the Construction Contracts Act 2013 and the Courts’ ever growing emphasis on mediation including the commencement of the Mediation Act 2017 in January of 2018 are just two easy examples. However, arbitration remains a popular method of ADR with an arbitration clause being standard in most construction contracts used in this jurisdiction, so the conduct of that process is deserving of attention.

While there are numerous benefits to arbitration (including the cost, time efficiency and expertise of the arbitrator) the confidential nature of arbitral hearings is seen as a key advantage over litigation.  Is this the best approach to serving the industry?

The presumption of confidentiality in arbitration has long been accepted in practice, being less of an implied term of contract and more a procedural benefit. However, this presumption is by no means absolute or guaranteed; an arbitration that ends up in litigation and the subject of Court Orders will become public for example. For the most part though, while there is no uniform rule with arbitration. Practice generally dictates that the following three principles be followed:

Arbitration generally lacks consistency in its practice across multiple jurisdictions, with little uniformity of governing laws. In Ireland, the Arbitration Act 2010 (the 2010 Act) gives force to the United Nations Commission on International Trade (UNCITRAL) Model Law[2]. The 2010 Act is the primary source of guidance in the area, but is notably mute regarding the confidentiality of arbitration.

In recent years, the UNCITRAL Arbitration Rules were amended to incorporate the rules on transparency for investor-state arbitrations.  Accordingly, in those incidences, the presumption of confidentiality has been significantly undermined.

The most immediate reason to baulk at this idea of opening up private arbitrations is that commercial arbitration differs fundamentally from inter-state arbitration as it is not public monies in contention; it is a private dispute between private entities. Another is that it is a form of dispute resolution which the parties have actively chosen (or which the institution governing the contract selects) given the privacy and confidentiality that it inherently offers. It is widely accepted that the confidentiality of the process is one of its most valued components. Other advantages include a degree of informality and candour of witnesses of course.

The problem with confidentiality however is that the shield of confidentiality has led to inconsistent awards, an absence of precedent in the industry and an ultimate lack of transparency. If we consider the construction industry, many of disputes are settled through arbitration. As a result, there is a large bank of precedents not being made available. Relaxing the obligations of confidentiality could see significant benefits, namely:

There is a significant area of law which operates in a vacuum. While legal precedents are cited throughout the arbitration process, the resulting decision is rarely, if ever, publicised – leading to an inconsistent, unforeseeable body of law with decisions being made entirely on a case-by-case basis. The lack of precedents mean that the scope to develop whole areas of law and their analysis is not being tapped into. Great minds work out impressive solutions in arbitrations but we never get to glean those lessons and learn.

Admittedly, there does not appear to be any great motivation for reversing the presumption of confidentiality. This is understandable, given that one of the benefits of the process is its procedural autonomy.  However, at a rudimentary level, the principle of administering justice in public is as fundamental as it is, due to the predictability, accountability and legitimacy that are encouraged when both parties and judges are answerable to the public. Indeed the importance the administration of justice in public has, in recent years, resulted in the relaxation of the rules of confidentiality and reporting in other areas of law. It is surely time to consider making arbitral awards public, even if the proceedings themselves remain private. It is certainly time that this conversation became live within the construction industry.

[1] Earl Long American politician and 45th Governor of Louisiana in the early part of the twentieth century.

[2] UNCITRAL Model Law on International Commercial Arbitration (1985), with amendments as adopted in 2006.