in News in Pages in Events in Reports in Services in Webinars in Downloads in Associations
Home / News / “You need the figures and you need a sense of humour; if you’ve got those then you have the opportunity to start doing things that will shift the dial a bit.”

“You need the figures and you need a sense of humour; if you’ve got those then you have the opportunity to start doing things that will shift the dial a bit.” 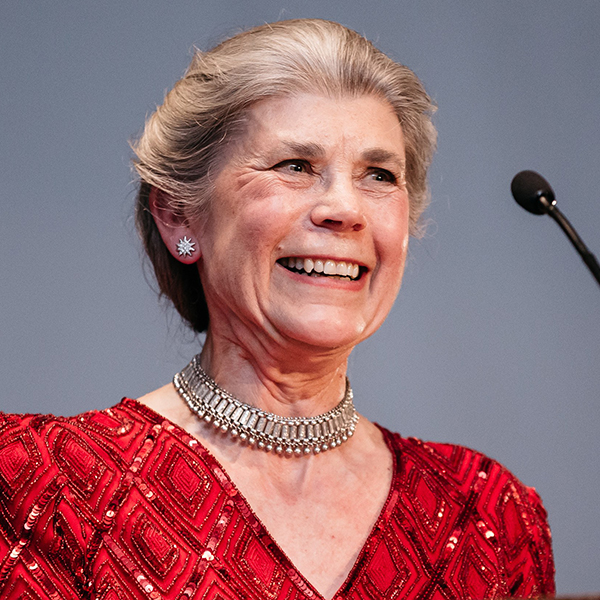 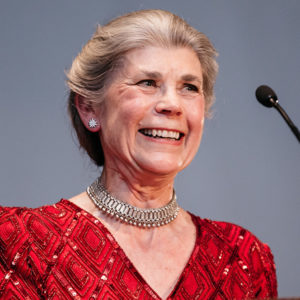 Ahead of an upcoming address to the CIF Annual Conference on Tuesday October 2nd, Sandi Rhys Jones OBE, management consultant, non-executive director, motivational speaker; and pragmatic and practical champion for women in construction, engineering and science tells CIF.ie what has inspired her hugely successful career.

Sandi Rhys Jones has enjoyed a long career in engineering, construction and property, which began when she became the first woman construction journalist in the UK, working on the weekly newspaper Construction News.

It was through this work that Sandi rediscovered her childhood love for building and making things.

“I always wanted to do something tangible, my father was an engineer and my brother became an engineer,” Sandi explains. “My father taught me to saw wood and hammer and drill, he taught me to paint and decorate and hang wallpaper when I was really quite young. As a child I liked making things, but it was virtually impossible to make the connection between enjoying making stuff and a career because I was in a very traditional girls’ grammar school where they didn’t even talk about architecture.”

“It was very constrained, so I did all of the traditional things and then I was offered a job on Construction News, the weekly newspaper and it was a eureka moment for me,” Sandi adds.

Sandi went on to work in technical and professional public relations for a range of organisations including technology companies such as Hewlett Packard before forming her own consultancy specialising in construction and engineering.

For more than 40 years Sandi has delivered strategic marketing and management services to help national and international organisations improve their businesses – often the only woman in the boardroom, conference hall or site office. Her clients have included contractors, housebuilders, suppliers, representative organisations and local and national governments.

Sandi was appointed OBE in the Queen’s Birthday Honours List 1998 for promoting opportunities for women in the construction industry and was awarded an Honorary Doctorate by Sheffield Hallam University for her work in gender equality.

So how does Sandi feel about the persistent lack of women in construction? Over 20 years later, does she feel we are making strides or simply continuing to tread over old ground?

“I think there have been very interesting, slightly unexpected, changes,” Sandi explains. “I think it’s great that it’s a topic on the table and I think that the timing is good because thank goodness we’ve moved away from thinking that the only role models for girls are pop stars. I think that has been very helpful because when I first formally got involved with this, even the government was saying ‘Oh look at the Spice Girls!’ and boys were always given the example of footballers. I think we have moved in to an area of recognising women at the top of businesses, major businesses and in government.”

Sandi is increasingly encouraged by the number of male advocates for improving gender balance in construction. In fact at panel discussion during last year’s CIF Conference, a large number of men spoke up to point out it’s importance for the future of the industry here.

“I believe that an increasing number of men are married to women with their own careers and who have daughters who say, ‘Well, why can’t I do that?’ and that’s going to be another influence.”

Sandi has been following the CIF’s Building Equality Campaign to increase female participation in the Irish construction industry throughout 2018.

“I think that the most significant thing that was picked up by the CIF’s Women in Construction Survey earlier this year is that there is a recognition that while diversity is the right thing to do and makes business sense, few are actually doing anything,” Sandi explains. “What the survey has given you are the facts; where the women are working throughout the industry and at what levels, and I think that is very helpful in terms of what you are now driving forward with the #BuildingEquality campaign. I have always said when people ask me ‘how have you kept going with this for so many years and what do you need?’ My belief is that you need hard facts, you need that evidence, you need that research, you need the figures and you need a sense of humour; if you’ve got those then you have the opportunity to start doing things that will shift the dial a bit.”

Sandi is also keenly aware of why many women working in industries in which they are the minority, are often hesitant to push themselves forward as role models or indeed draw any additional attention to themselves as a rarity.

“I still think it’s shameful that we have such pay discrepancy,” Sandi says. “Its 21 years since I said that if the industry really wanted to show it was serious about gender diversity then it could start by introducing real equal pay for equal work. and that if the industry was to do that then for once it would be on the front foot. But It’s still an issue, particularly amongst mid to senior women where salaries are not transparent. At early entry starting salaries are usually clearly stated, but once you get in to the very private area of mid to high career, it’s just as bad as many other sectors. So that hasn’t changed, but on the other hand we are talking about diversity and very openly. You don’t clear a conference room in three seconds anymore if you talk about gender diversity, which used to be the case!” Sandi laughs. “And where there has been an initiative they have had measurable impact. So, for example in the UK with the RICS, which was only about 5% female, a task force was set up, of which I was a founding member, by the time we had then been wound down after six years it stood at 15%.”

Sandi has witnessed some huge strides for diversity within the UK construction industry over the years.

“So much depends on committed individuals who can help an organisation to shift or who can work with a client to bring about change,” she explains. “Two big projects Crossrail and Tideway in London, huge and wonderful engineering projects, are led by two men, who are totally committed to diversity and boy, are they achieving a difference. Tideway is aiming for 50% female workforce  by project completion in 2023 and have reached 37%. Crossrail has women working at all levels, with one in three of the Bechtel team being female. So I cannot overstress the importance of individual champions who stand up and make things happen.”

“I think it’s important companies talk about these things and don’t just dismiss it by saying, ‘well its Crossrail and they are big, and they got the money, and its all very well for them!’ which used to happen a lot. The important thing is to ask yourself ‘How did they deal with the particular issues, which is relevant and to us, what can we do to take that forward?’ Regardless of your company’s size.”

Interestingly, Sandi suggests that the issues which have been traditionally touted as reasons why construction is an unsuitable industry for women, have recently been found to be the same concerns of men working in the industry. “It underpins my belief stated back in 1996 that the changes needed to encourage and support more women are changes that will benefit men too. Maybe that time has now come.”

Sandi Rhys Jones OBE will present “The slump test: addressing the gender mix in your firm,” at the CIF Annual Conference at Croke Park on Tuesday 2nd October 2018. For more information see www.cifconference.ie

For more on the CIF’s Building Equality campaign see: www.cif.ie/building-equality