in News in Pages in Events in Reports in Services in Webinars in Downloads in Associations
Home / News / Budget Statement: CIF President Dominic Doheny 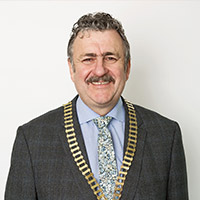 CIF President Dominic Doheny has warned that certainty around an extension of the Help to Buy scheme must be put in place as soon as possible after today’s Budget announcement.

“It’s important that we get clarity around an extension to the Help to Buy scheme.  Many of the measures announced today are potentially very helpful.  Increases in funding for infrastructure and the affordable housing scheme have the potential to increase construction activity in these areas.  However, the single most successful initiative announced in the past five years has been the Help to Buy Scheme.  It has been instrumental in the increase in first time buyer starter homes on the market.  This has played a role in the levelling off prices in the Dublin region.  It has given first time buyers the possibility of owning a home and taking such people out of the 2nd hand home market which was contributing to rising prices.

We will be engaging with the Department of Housing immediately to get clarity on this important measure.  We need a period of certainty so house-buyers, homebuilders and indeed the banks and lending institutions can plan, save and invest. This stability is essential for the delivery of housebuilding.

The details of the deployment of the affordable housing scheme will emerge in the coming weeks.  We understand that this scheme will defray the cost of infrastructure delivery on state lands up to €50,000 per unit.  This could de facto reduce the cost of a house for an individual who would then repay these costs through a second charge to be paid over a long period.   The scheme should be modelled on the UK’s help to buy scheme where the Government takes an equity stake to reduce the overall cost of a house that then has to be repaid by the homeowner over a stated period.

Finally, we are encouraged by the announcement of the Human Capital Initiative of €300million.  It’s essential that we use this funding and the surplus in the National Training Fund to increase the numbers of skilled workers coming into the industry.  Our members are reporting a shortage of skills in certain trades and crafts and this initiative must be allocated to addressing the demand for skilled workers SOLAS has estimated to be over 100,000 over the coming five years.”