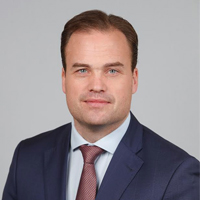 The front page of the Irish Independent on Tuesday, December 3rd headlined with the fact that state schools are ‘catching up’ with fee-paying schools in sending their students to third level.

The top fee paying schools have sent 99-100% of their students to third level over the past few years. The good news is that non-fee paying are now approaching similar levels of ‘success’.

Let’s think about this for a second. Every single student in leaving cert in some schools go on to University or IT.

As schools are measured on this metric, then it stands to reason that all of its resources are focused on ‘wedging students’ into the 3rd level system. This is simple incentives. I understand, for example, that career guidance counselors are also measured on how many students go on to third level. Schools certainly are.

There are many paths to lifelong learning and a career that I suspect are not being explored with students throughout second level. Most prominent is the apprenticeship route. The advantage of this route is that apprentices ‘earn as your learn’. In addition, the variety of apprentices available has expanded beyond construction related, trades and crafts. Now, those interested in insurance, aviation, accountancy, beauty therapy and many others can avail of apprentices.

With a decade of work in the construction pipeline, the construction industry is again on the hunt for skills. The evolution of the industry means that we are now looking to fill thousands of engineering, trades, craft and technology-led roles in areas such as BIM. So the message to students and parents is that there’s a career path here for the next generation of workers. With the introduction of a Sectoral Employment Order, wages are on the increase and conditions are very favourable. Our research shows that students when they think construction, they think brickie or developer. There is very little knowledge of the range of technology-led roles, engineering, marketing, legal and engineering posts currently available in the industry. There is zero awareness that Irish construction workers are designing and building some of the most advanced buildings across the world; particularly data centres where Irish workers are considered world-class. A four-year apprenticeship in Ireland can become a lifelong passport to a global career as construction is a global language of business.

In summary, measuring performance of schools is important and a worthwhile exercise. We just need to make sure we’re looking at the right metrics and incentivising schools, teachers and career guidance counsellors. Having 10% of your students take up an apprenticeship should be measured as a success not a blemish on your record.

Tom Parlon, CIF Director General also stated in the Irish Examiner on Tuesday the 4th that “The practice of comparing schools based on the amount of children they get into college is a ridiculous metric that forces everyone down this path, regardless of their aptitude or interest. We need to focus on equality of education and helping young people find the career path best suited to them.”   You can read the full article here