in News in Pages in Events in Reports in Services in Webinars in Downloads in Associations
Home / News / CIF Project Feature: A Daring Restoration by John Paul Construction 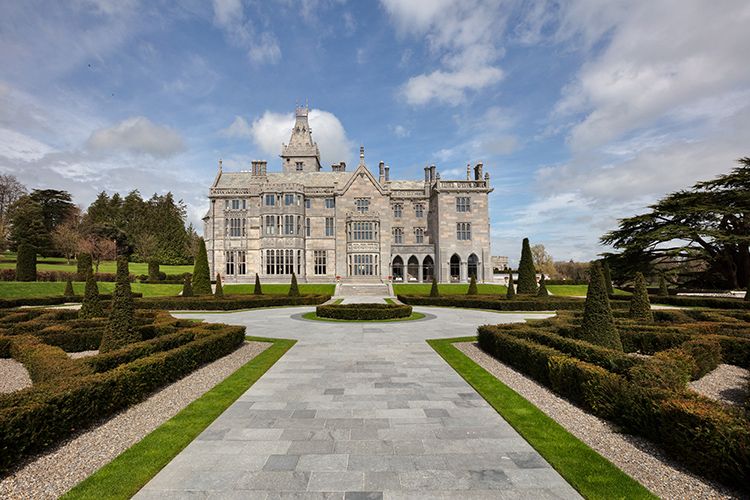 John Paul Construction’s meticulous restoration of the Adare Manor Hotel and Estate is one of the most prestigious and complex projects to be completed in Ireland in recent years. 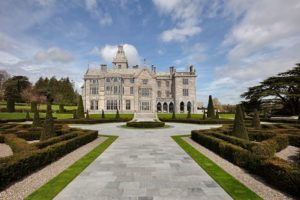 The completed hotel is officially recognised as one of the most prestigious in the world, and it now sits in the John Paul Construction project portfolio as an example of exemplary restoration work. 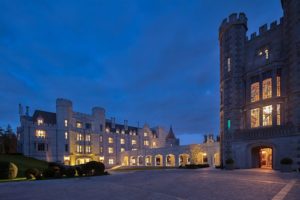 The brief from the client called for a complete redevelopment and faithful restoration of the entire Adare Manor Estate. This entailed enhancing and future-proofing the existing 1832 building, as well as the addition of many exciting features to make it a spectacular and special destination.

“To quote the poet John Keats, ‘A thing of beauty is a joy forever’. This sentiment reflected our collective brief and the approach taken to the project,” says Niall O’Connor, Contracts Manager, John Paul Construction. 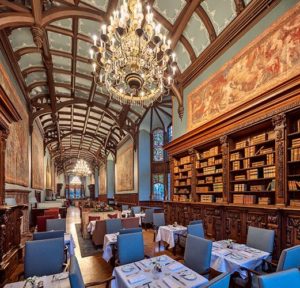 The project comprised the delicate restoration of the existing manor house, which included front of house spaces, such as The Great Hall, The Gallery, The Drawing Room and The Oak Room. The 23 existing signature suites were wholly transformed into a world-class standard. Existing back of house spaces were converted into a spectacular spa facility consisting of luxurious treatment rooms, a pool and a gymnasium.

Exciting new features included the addition of 82 exquisite bedrooms and suites in a new west wing block. It also included a new conference and banqueting facility, a magnificent new ballroom, boardroom, cinema and many other modern amenities.

All internal estate roads were upgraded. Hard and soft landscaping was completed across the estate, providing the same quality of finish externally as internally. 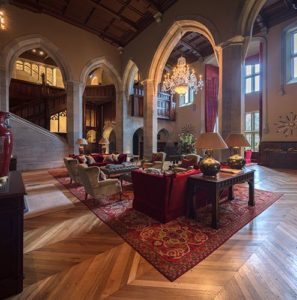 “Both the original and new buildings have become a sequence of luxurious interconnecting spaces, which open onto formal gardens that, in turn, lead into mature parkland,” explains Niall O’Connor.

The project also included extensive conservation works, which included many intricate details that required the expertise of skilled traditional craftspeople. Works to the historic features of the 1830s manor house consisted of the complete restoration of the stone features, including the clock tower, gargoyles, parapets and mouldings, as well as over 50 carved stone chimney stacks, each with different ornamentation.

“We carefully re-pointed every wall of the manor with lime mortar,” explains Niall O’Connor. “The stone wall parapet and steps of the east side of the manor, leading to the tidal river Maigue, were beginning to collapse, so they were taken down and rebuilt to perfectly match the original detail and style.”

The original roof structure and towers are a significant part of the Adare Manor’s charm. However, they were in need of substantial repairs. To carry out this very delicate work the entire manor was wrapped with a weatherproof scaffold. This facilitated the opening-up of roofs during the winter period of 2017. 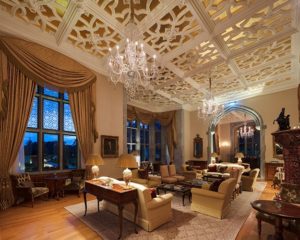 “We restored and replaced large elements of structural members, lead linings, chimney stacks and natural slate finishes,” he explains. “Using Killaloe slates from a local quarry, all 13 pitched roofs were re-slated. All old leadwork on the gutters and downpipes was restored. The decorative character of some of the most distinctive roof fixtures was carefully preserved. Wrought iron finials on the top of the Hardwick tower were taken down, repaired and reinstated, along with the decorative leadwork and timber structure supporting it.”

Adare Manor also has an array of window types, from a simple timber sliding sash to ornate stone frame windows, complete with lead-lined screens. One by one, the John Paul Construction team carefully repaired the framing and the glass as required.

“We kept the original glass to reuse, wherever possible, and all the non-historic single panes were replaced with slimline double glazing,” says Niall O’Connor. 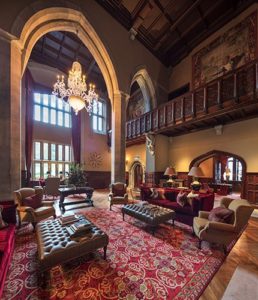 Perhaps the most delicate and impressive window conservation was the repair of The Gallery’s iconic stained-glass windows, which have been restored and now glisten with brilliant colour and renewed extravagance.

“Our client’s desire was to restore and enhance characteristics such as the original timber floors in the Great Hall and drawing rooms, French polish the ornate wall panelling and pews in the gallery, as well as restore the original door to the house’s Lady Caroline Suite.”

Stone floors and walls were gently cleaned and restored to their original beauty. Fireplaces were repaired, and wherever an inlaid tile was missing, the team sourced matching tiles and seamlessly replaced the missing tile. Original lime plastered walls and ceilings were repaired and augmented wherever required, then decorated using historically appropriate materials and finishes, including breathable paints, papers, and even gold-leaf. 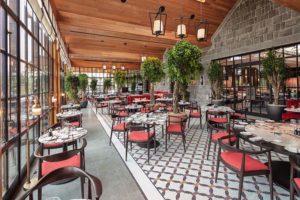 The Adare Manor redevelopment was an exceptional project for the conservation team at John Paul Construction to win.

“The client’s vision and desire for excellence were always foremost in the minds of the project team,” explains Niall O’Connor. This brought a passion and drive to deliver a world-class product.”

However, as would be expected the project came with many challenges, and overcoming these required a collaborative approach.

“This extensive restoration required the sourcing of specialist and rare tradesmen, such as gold-leaf artists, handmade carpentry/joinery specialists, conservation leadwork craftspeople and window restoration experts, among many others,” he explains.

“We brought together a strong and diverse team to deliver this job. The people on this job were the best calibre of tradespeople that could be found. Materials sourced for the job also required visits to countries such as Greece, Turkey and Portugal for stone, marble and other materials.” 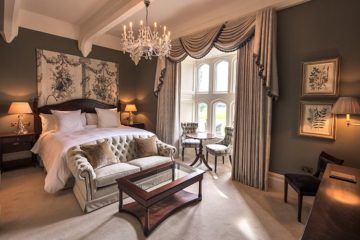 The redevelopment project was a huge bonus to the village of Adare and the region. During construction, John Paul Construction employed a 750-strong workforce. People travelled from near and far to be part of the project. While accommodation seemed plentiful at the commencement of the project, this soon became a challenge. However, with the help of the client, accommodation was found for everyone.

As already noted, the procurement of large quantities of raw materials, such as natural stone, marble, specialist joinery, and bronze, was a big challenge and at times could have been a logistical nightmare.

“The ornate natural stone façade for the ballroom and colonnade was quarried in Co Roscommon, shipped to Fatima in Portugal for processing and final carving, and then shipped back to Adare for installation,” continues Niall O’Connor.

“The project as a whole evolved and developed right up to the opening day. The challenge to deliver our client’s vision always took precedence, and I would like to think what we have delivered has surpassed our client’s expectations.” 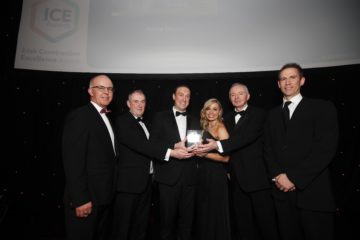 Since its completion, Adare Manor has won numerous important international awards including the ‘Tourism Project of the Year’ at the Irish Construction Excellence Awards 2018. Adare Manor was also recently named the ‘World’s Best Hotel of the Year 2018’ at the prestigious Virtuoso Best of the Best Awards in Las Vegas.

According to Colm Hannon, Chief Executive, Adare Manor, “The international competition within the luxury ‘Hotel of the Year’ category was outstanding this year, and it is with great pride that we brought this worldwide award back to Ireland and Limerick.”

John Paul Construction strives to maintain a well-rounded portfolio of works, from commercial, industrial and data centres to healthcare and residential schemes to critical infrastructure. Although John Paul Construction has previous experience with both hotel and restoration works, the calibre of the Adare Manor project will possibly never again be matched. The successful completion of this project shows that John Paul Construction is capable of delivering the world’s Best of the Best.