in News in Pages in Events in Reports in Services in Webinars in Downloads in Associations
Home / News / Gender Pay Gap Reporting – What does it mean for the Construction Industry?

Gender Pay Gap Reporting – What does it mean for the Construction Industry? 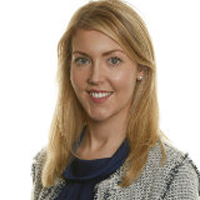 The General Scheme of the Gender Pay Gap Information Bill 2018 was published last year. The Bill allows the Minister to make regulations requiring employers to publish information to show the differences in the pay of male and female employees and the scale of those differences.

The Bill is due to be enacted in 2019. Once enacted, it will give the Minister power to make regulations that will require employers who employ more than 50 employees to publish the differences in hourly pay, information on differences in bonus pay, part-time pay and pay of men and women on temporary contracts. Differences in pay by reference to job classifications may also be required.

The UK introduced the Equality Act 2010 (Gender Pay Gap Information) Regulations 2017 that obliged annual mandatory reporting for employers with more than 250 employees. The first deadline past and all 10,000 employers complied. The legislation exposed large companies with gender pay gaps of more than 70%. Large gaps are causing irreparable reputational damage to these large companies.

To avoid reputational risks and to identify any Employment Equality issues, members are advised to prepare for the impending legislation by conducting an internal gender pay audit, identify pay gaps, determine the cause and reduce the gap. Reducing the pay gap may be done through recruitment and retention of female candidates, internal career progression, the promotion of flexible working and a positive culture of female diversity.

For more information on the gender pay gap, please contact the CIF Industrial Relations and Employment Services Department on (01) 4066000.