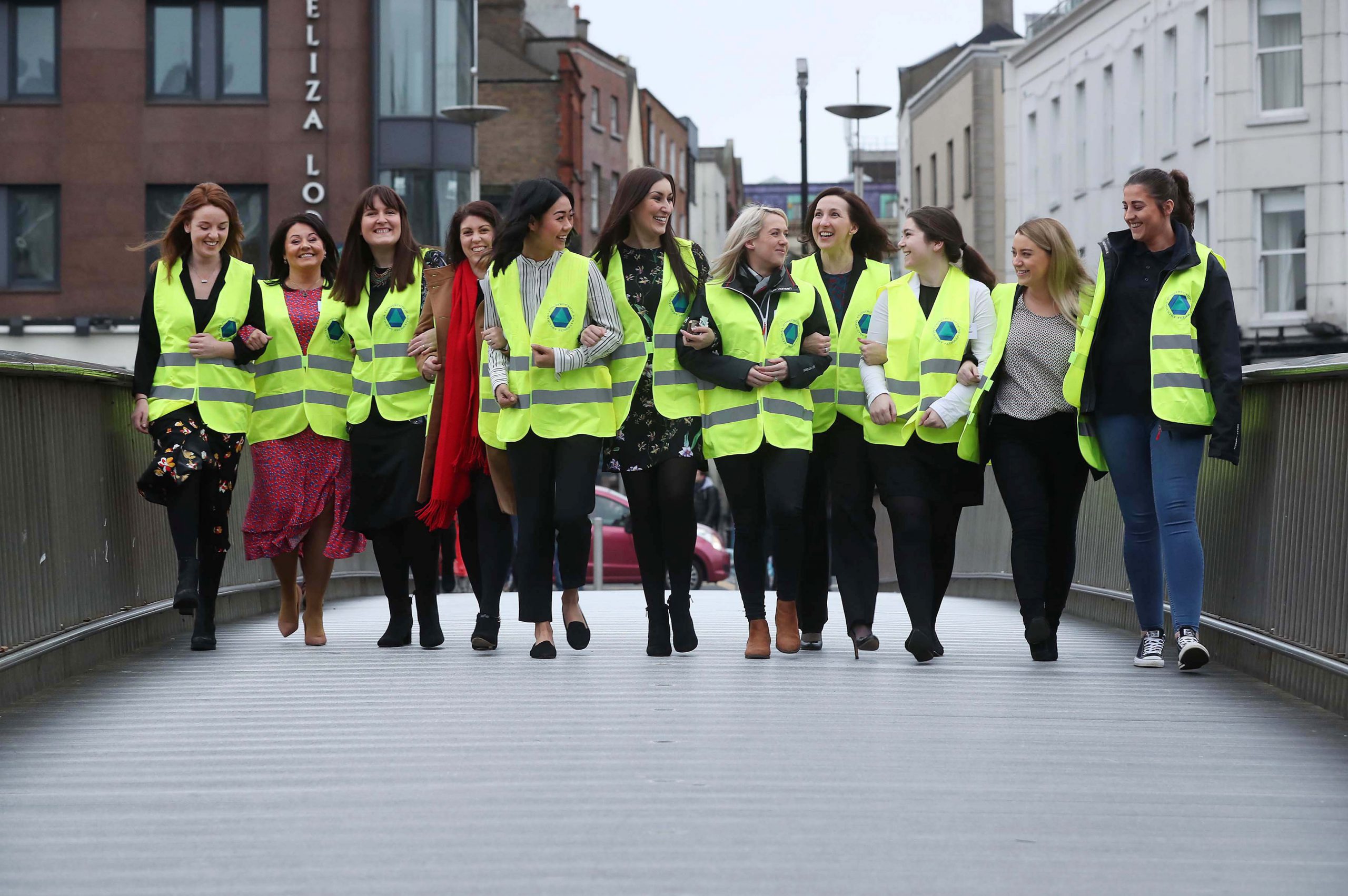 Over 84% of women working in the construction industry feel they have been supported by their male colleagues in their career progression to date, with the majority (73%) reporting that there has been a significant, positive change in attitudes across the industry towards female workers in recent times.

According to a survey carried out by the Construction Industry Federation, 85% of women currently working in the industry would recommend that younger female relatives or friends explore construction as a career option.

But progress still needs to be made in some areas.

72% of survey respondents say that the construction industry has a difficulty retaining female workers, with some respondents citing a lack of flexibility in working hours for those (both male and female workers) with families as the main reason for this, which the majority of respondents added was more of a societal issue affecting women across many industries than just women involved in construction.

50% of respondents reported that they have experienced challenges regarding welfare/toilet facilities on sites however, many said facilities have improved greatly in recent years, while some issues persist on smaller sites and at the beginning of projects.

Some 69% reported that they felt they had been treated differently by colleagues in construction because of their gender, with some suggesting that these differences were positive i.e. their colleagues were less likely to raise their voices during discussions and in general they were treated more politely than their male colleagues, while others reported more negative incidents of ‘mansplaining’ during meetings and the perception of females as ‘bossy’ when outspoken, particularly when it came to the older generation of male colleagues.

However, 73% of those surveyed feel that the industry is welcoming to female workers, while over 78% reported that the construction industry is becoming a more diverse and inclusive workplace for all, regardless of gender, sexuality, ethnicity etc.*

As part of #BuildingEquality the Construction Industry Federation’s ongoing campaign to increase female participation and encourage greater diversity and inclusion in the construction industry, the CIF marked International Women’s Day by celebrating the achievements of women in the industry at an event in the Morrison Hotel in Dublin this morning.

In September 2018, the CIF published the first Diversity and Inclusion Membership Guidance Document to aid member companies in their efforts towards a more diverse and inclusive industry.

“The construction industry is beginning to see great change, companies are moving in the right direction and working hard to make the industry a more diverse and inclusive workplace for all. There is no doubt that construction has traditionally been considered a male-dominated industry, but it is time to change that perception and to an extent that reality; not because it currently suits us to do so due to the skills shortage the industry is experiencing, but because it is the right thing to do. Promoting greater diversity is the right thing to do for efficiency, for creativity, for innovation and for a wider perspective.

We cannot afford to lag behind other industries any longer. We must look to best practice and delve deeper into the barriers to entry or indeed retention issues, which have affected or continue to affect our potential or actual female colleagues for far too long.

The reality of the skills shortage we are now experiencing is that in the short-term we need to recruit qualified women from Ireland, internationally and the Diaspora for particular roles in the industry and into management in our companies.

And in the medium to long-term, we need to recruit more women generally, because if we don’t millennials, both male and female, who do not just want diversity in the workplace but have come to expect it, will not enter the industry and those who do will not stay.

Improving diversity within the industry is not only a way to increase the available talent pool, it is also widely recognised that a more diverse workforce produces better outcomes across the board, particularly when it comes to working on major team projects.

And when we do get people in, we have got to care for them. Facilities should be modern and working conditions must reflect 21st century standards and expectations for both male and female workers.

Measures to tackle the long work hours and travel distances, which is often a feature of work in the construction industry must also be tackled, to better the well-being of workers of all genders.

We must Build Equality to ensure that everyone has the same opportunity to enter and build a sustainable career in construction.”

For more information on the CIF’s Building Equality campaign including blogs from a variety of female role models working in construction and the latest #BuildingEquality videos please see www.cif.ie/building-equality