in News in Pages in Events in Reports in Services in Webinars in Downloads in Associations
Home / News / CIF Project Feature: Duane Construction – Letting History Talk 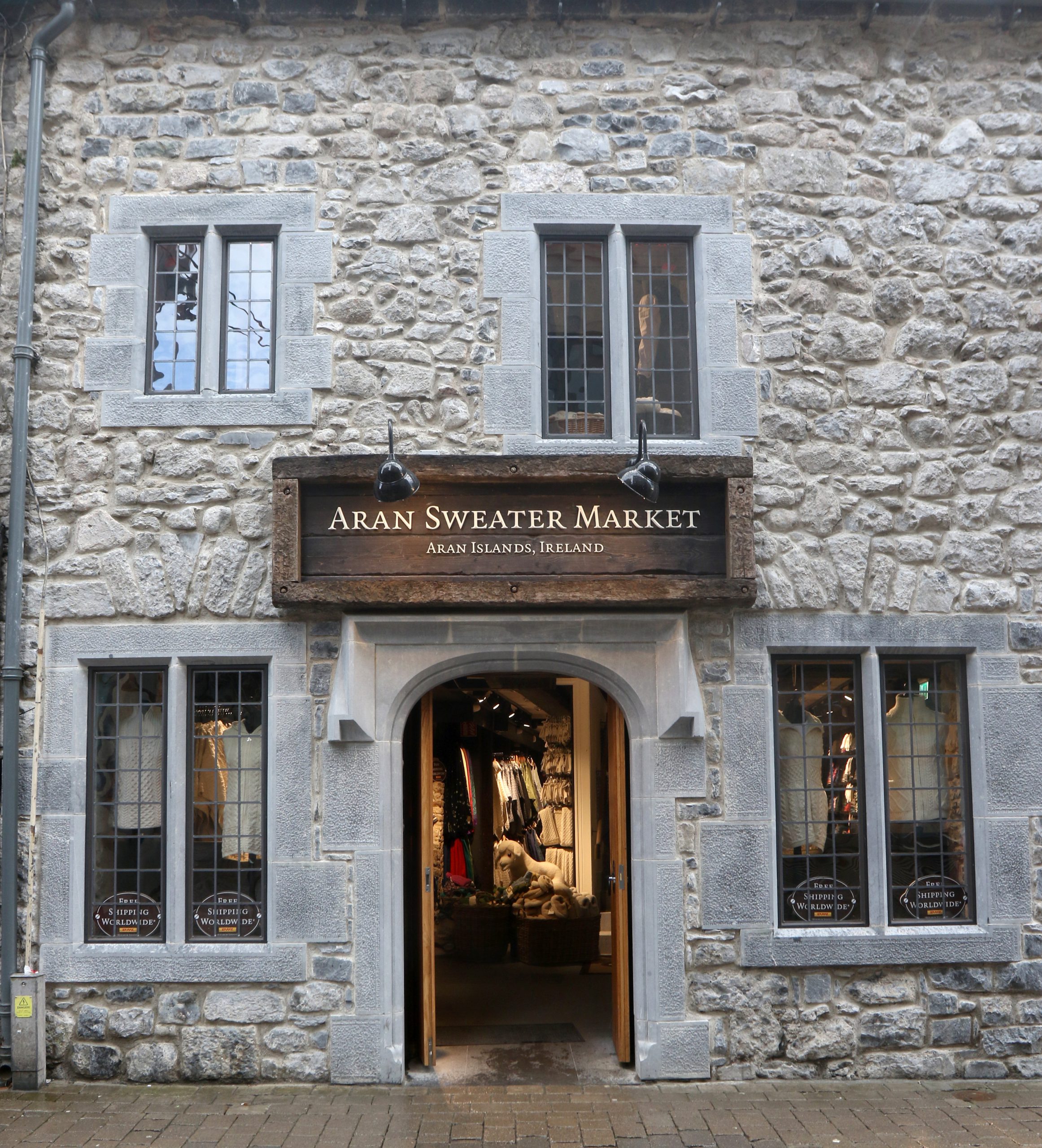 Duane Construction brought a huge respect for Galway’s history to its sensitive restoration of the Aran Sweater Market, and was rewarded by being part of the incredible discovery of Galway’s first Norman stronghold.

Seán Duane, Managing Director, Duane Construction, remembers sitting in Costa Coffee and looking across the road at the derelict buildings at 25 Quay Street and 2-5 Quay Lane that would become the Aran Sweater Market.

“The site had been derelict for about 20 years and it was literally crumbling, with temporary supports holding up the gable and trees growing up the middle,” he explains.

The restoration of these five protected structures at the gateway to Galway’s thriving Latin Quarter, ranging in age from medieval to Georgian, would, Seán Duane knew, be a complex task. “In these kind of conservation projects, anything can happen. There are bound to be unknowns, discoveries along the way, and until it starts to come together, it’s very scary and unpredictable.”

He continues. “We have a lot of experience as a company, but this was an unusually broad project. Making it a success was about so many different elements: conservation, history, archaeology, civil engineering, tourism, and relationships with the surrounding people and businesses. The objective was to create for our client, Glenaran Ltd, a premises fit to showcase their iconic Aran-knitted products. But, we also saw an opportunity to give the people of Galway a building that would enrich this historic part of the city.”

It was the job of Duane Project Manager David Duffy to oversee the 10-month restoration project, which kicked off in September 2017.

He explains, “Our client had a budget of circa €1 million, and the works included sensitively restoring the existing buildings and adding a small new section, opening up the internal space to construct a functioning retail space, and creating a new main entrance. The aim was the harmonisation of the different buildings and eras into one coherent building, while still conserving the historical character of each building.”

The original walls of the buildings were deemed incapable of supporting new roofs and floors, so the obvious solution was to create an independent concrete structure within the fabric of the existing building. David Duffy explains that Duane had considerable experience of working with concrete in a conservation context, having won the 2016 ‘Elemental Award’ at the Irish Concrete Awards for a 1920s restoration.

“Concrete is versatile enough to work into restricted locations and irregular shapes, and it quickly gains the strength to enable progression of a build whilst maintaining a physical separation from the protected fabric in accordance with best conservation practice.”

Throughout the project, Duane worked closely with a highly skilled team, including ACP (Architectural Conservation Professionals), Tobin Consulting Engineers, and Dr Jim Higgins, Galway City Council Heritage Officer. A condition of planning was that archaeological surveys be carried out. A couple of months into the project, archaeologist Frank Coyne and his team at Aegis Archaeology made a momentous discovery. Beneath the sixteenth century building at 25 Quay St, which had been built as a merchant’s townhouse, were the foundations of a mid-thirteenth century building. This was soon identified as Galway’s first Norman stronghold, de Burgo Castle – the location of which had been unknown until this discovery. Furthermore, under 5 Quay Lane, was evidence of the original shoreline, along with boulders and smaller rocks that archaeologists thought to be the remains of the O’Flaherty stronghold, or ‘dun’ from the early 1100s. Unsurprisingly, tools for sharpening swords were found in the medieval excavation areas.

The Duane team suddenly found themselves responsible for Galway’s oldest building, a fact that spurred them on to achieve the very highest standards.

“It became clear that the site was of national significance,” says David Duffy. “As the building’s past unfolded, all sorts of interesting stories and connections emerged. For example, it’s believed that after the castle was destroyed in the late thirteenth century, the stone was used to build the nearby Hall of the Red Earl.”

The archaeological team were on site for five months but this did not prevent Duane from completing the project within their 12-month schedule.

“The fact that we had been able to pour the first floor slab on columns meant we could continue the restoration work above,” explains David Duffy. “It also afforded our archaeological team the rare luxury of a dry excavation site.”

Other challenges during the project included extensive structural propping to the medieval building fabric and its phased removal, substantial repairs to the stone and brick walls, and reconstruction of the roofs, stone windows and Georgian chevron ceiling.

When it came to reinstating missing elements, David Duffy says detective work had to be undertaken.

“Architectural fragments from medieval sills, mullions and transoms were found on site, and these enabled our stone suppliers, McMonagles Stone, to recreate the medieval windows. It was also evident that the medieval door surround of 25 Quay Street had originally included a stone hood, so we found a hood from the same period with matching proportions in the smoking area of the local Garvey’s Bar and replicated it. At times it felt like a treasure hunt.”

The task of re-roofing involved replicating barge stones and kneeler details of the nearby St Nicholas Church, and then building cruck roof trusses to match the medieval structure, and king-post trusses for the nineteenth century part of the building.

While the concrete superstructure enabled the opening up of the internal space, Seán Duane explains that where internal walls were removed, stone ‘teeth’ were left to signpost their former presence. The foundations of de Burgo Castle were also exposed under a glass floor, making the history part of every visitor’s experience.

“You cannot fight with history,” says Seán Duane. “You can’t change something just because you feel like it. You have to let history talk.”

Seán Duane says, “This project impacted on the general public and businesses and we tried to be sensitive to this, keeping cafes and restaurants informed, organising our materials supply for early mornings, helping neighbours out in the flood of January 2018, and having tea and scones at every opportunity.

“We needed to get the public on board and help them realise this project was worth the dust and noise. We had to be very hands-on, basically saying, ‘Sorry lads, we’re going to be in your face, but it will be worth it in the end.’

“I think being local helped. We valued the history of the building and the people who made that history – from Strongbow’s bowmen and foot soldiers to the people who grew up there when it was a mid-twentieth century tenement – many of whom called in while we were on site.”

Seán Duane adds, “The local people are delighted with it now. The building is no longer an eyesore. Business is up locally, as visitors are drawn in from Spanish Parade Plaza. We’re proud to have it in our portfolio, and I really believe that only a company with a passion for the locality could have got it right.”