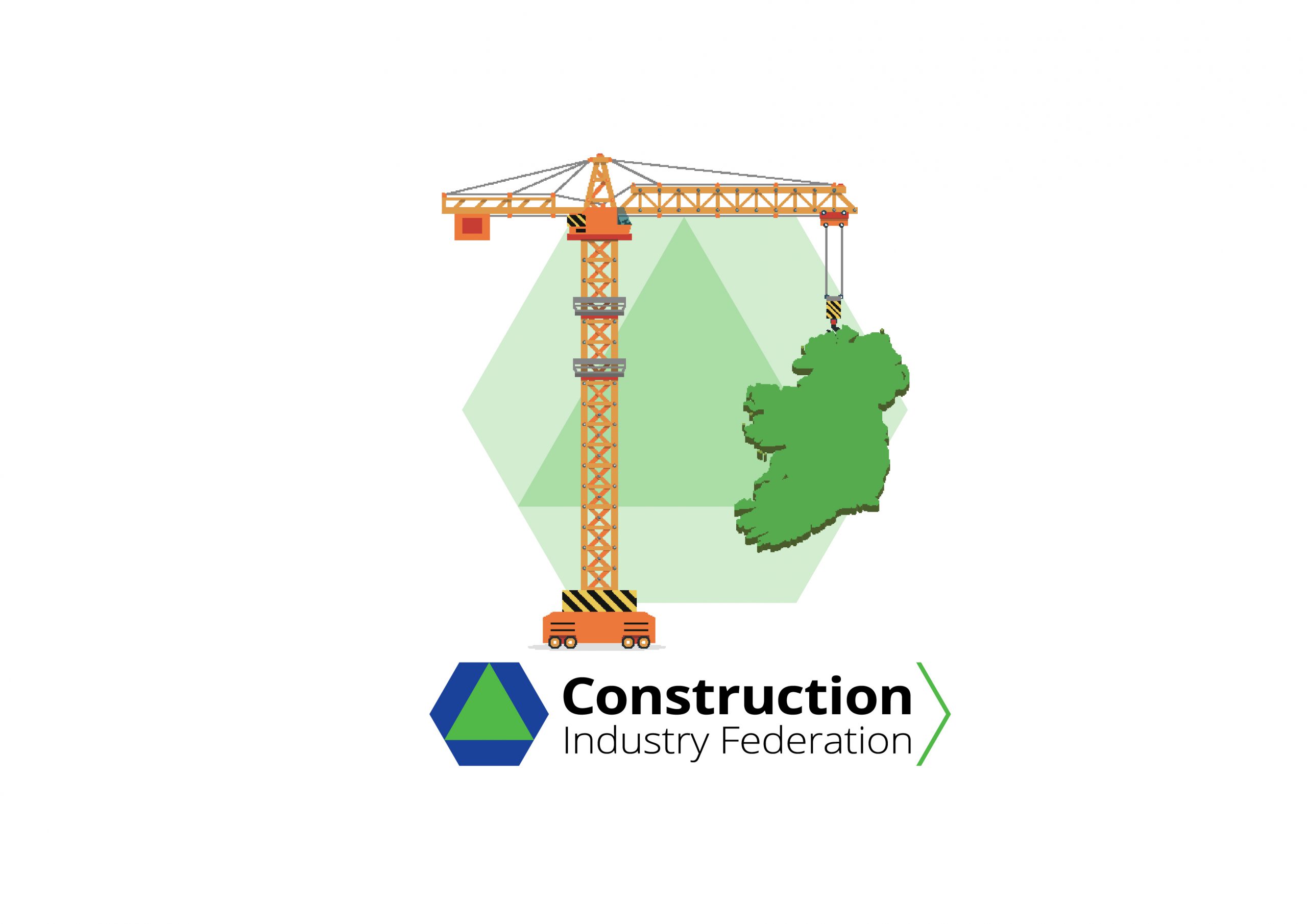 The CIF National Crane Count has highlighted a concerningly low number of cranes located outside of the Dublin region. New figures show that regional crane counts are not even 10% of those in Dublin, demonstrating a lack of construction activity outside the capital.

The Irish Times reported that 123 cranes were visible in Dublin city in March, but compared to crane counts from other cities in Ireland, the difference is stark. According to Aecom Ireland’s most recent crane count last week, there are two cranes in Galway city centre, two in Limerick, and seven in Cork.

CIF are deeply concerned about the disparity between the crane counts, as they show a distinct lack of construction activity and growth in regional parts of Ireland.

“As expected, there are more tower cranes in operation in Dublin than any other urban centre in Ireland. The scale of the differential between Dublin and other cities in Ireland is greater than expected even allowing for factors such as population growth and economic output.

At this stage in our economic cycle, after several years of economic growth in most sectors of the economy in most regions, there should be far greater construction and development taking place outside Dublin. We should ensure that our policy across all areas of the economy is “stress tested” for regional flexibility. For instance, how can we produce residential units at the current market prices in regional towns across Ireland? How can we connect the clusters of industry all over Ireland together in a more efficient manner?”

The regional crane counts were conducted by Aecom Ireland and show that while over-all crane count is up, building activity is not dispersed evenly through the island of Ireland. AECOM is a construction consultancy company in Ireland, with 600 staff across offices in Galway, Limerick, Cork, Dublin and Belfast.

“The disparity between construction activity in Dublin and the rest of the country is hugely apparent when you consider the crane counts. According to the Irish Times latest March crane count, there were 123 cranes in Dublin City Centre; an increase of two from February’s crane count. This sounds great for construction in Ireland. However, when you look at AECOM’s regional City Centre crane count, it looks like a very different story. Last week, AECOM recorded 2 cranes in Galway City Centre, 2 in Limerick and 7 in Cork.

The Government’s Project Ireland 2040 National Planning Framework report states that the Government expects a population growth in Ireland of 1 million by 2040, with 75% of this growth to happen outside Dublin. AECOM’S recent publication “Taking the Long View” makes the point that for this growth to occur there is an urgent need for infrastructure investment. Vital projects including roads, water services and broadband roll out need to advance rapidly to support the targeted population growth in a sustainable and planned way.”

“The Crane Count is indicative of what is happening in the Irish construction industry. It highlights the significant imbalance in the level of construction activity in the greater Dublin area compared to that of the rest of the country. Dublin’s economy is growing too fast, which in turn is adding significantly to the city’s cost of living. If this continues, regional Ireland will stagnate or decline, while Dublin will grow at an unsustainable rate making it less attractive for FDI.

To help address this imbalance, we need to address regional Ireland’s infrastructural deficits. We need to invest in our road and rail networks so that our cities and regional centres become more accessible and attractive for FDI. We need to address the deficits in our regional water and waste water services, our broadband networks, our energy networks, our ports and airports, etc. To ensure this happens we have to plan for the delivery of our infrastructure. We have to realise that the timeframe from conception to delivery of large-scale infrastructural projects can take many years. We need to decide today what infrastructural projects we want in place 5 to 10 years from now.

Many regional cities and centres are today waiting on the delivery of critical infrastructural projects that in many cases are years away from delivery. An example of this is the N6 Galway City Ring Road project which is currently awaiting planning permission. However, assuming this project receives planning permission, it will most likely be a number of years before we see the delivery of this project. In the mean-time Galway cities traffic congestion problems continue to deteriorate and investment decisions are on hold until the future of the ring road is known.”