Companies say family is top reason diaspora are relocating back to Ireland, but is enough being done to fill the skills shortage and combat the housing crisis?

37% of Irish construction companies recently hired Irish workers returning from living and working abroad, according to recent survey findings. The survey, which was conducted by the Construction Industry Federation, also shows that family was the main reason for the returning diaspora.

The housing crisis has seen a huge need for more homes to be built and fast; but with a huge skills shortage in the industry, construction cannot go ahead at the rate that is needed. A recent TU Dublin (DIT) survey conducted in partnership with the CIF, found that 86% of construction companies are experiencing issues due to inadequate supply of qualified tradespeople. Since 2016, the CIF has highlighted a potential shortage of over 100,000 construction workers up to 2020. Some in the construction industry are arguing that more should be done to encourage the return of diaspora to Ireland and to remove the barriers that they can sometimes face. 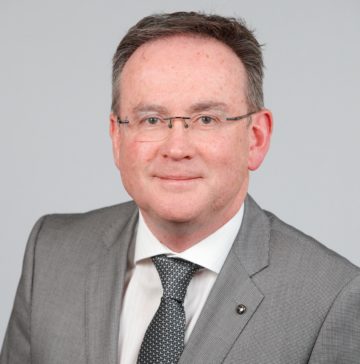 “We should be building bridges not walls for the construction diaspora to return; the industry needs their skills and expertise to deliver housing and infrastructure. We are currently facing a housing crisis of large proportions, but in order to build more homes at the speed that is needed, we first must fill the skills gap and have more qualified construction workers on hand to build these homes. Construction companies are trying to reach out to Irish diaspora and are trying their best to entice people back from abroad.

The construction industry has undergone a massive adjustment over the last number of years and emerged a much more sustainable and stable place in which to work. We would like to see that any Irish person currently living abroad with construction skills who wishes to return home, is facilitated to do so and that this process is as easy and efficient as possible for them and their families.”

“Returning diaspora can face certain challenges when returning to work in Ireland. When construction companies were recently surveyed about the difficulties faced when hiring diaspora, a whopping 50% said that there were no challenges at all. This is very good news, but we cannot ignore the 19% of companies who said waiting time until the worker could start was an issue. We also cannot ignore that a further 19% stated a difference in work attitude and culture was a challenge, and that 13% felt paper work and red tape posed huge barriers.”

“The Construction Industry Federation has been highlighting the difficulties faced by our returning workers as far back as 2012. Our members are reporting huge difficulties in attracting and onboarding returning emigrants into their companies because the qualifications they have gained overseas are not recognised by Irish authorities

At a time, when wages in the industry are increasing, and demand for skilled construction workers is very strong as we struggle with a housing crisis, Government inaction in this area is problematic.
The CIF has repeatedly flagged the urgency for attracting new employees into the industry as well as encouraging those who may have left, to return to working in the Irish industry.We see the diaspora as a rich source of skilled labour that we need to tap into over the coming years to help us meet Ireland’s demand for construction activity. Over 50,000 jobs have been created in the construction industry since the lowest point of the recession in 2013. This growth in construction jobs over the last five years is a testament to the strong pipeline of work in Ireland over the next 15-20 years.”

Irish diaspora are highly skilled workers, who are building the world, as evidenced by the recent news that Jones Engineering has been hard at work in Saudi Arabia for nine years building their first ever metro system in the city of Riyadh. But more must be done if we want to entice these skilled tradespeople back to Ireland.

Dermot Carey stresses that while attracting diaspora back to Ireland is vital to fill the skills shortage, we cannot ignore the most important goal which should be attracting young people into the construction industry.

“The diaspora are a short-term solution. The long-term solution is to work with young people seeking a career and attract them to the construction sector. This will take a massive effort from all in the sector as there is much competition for emerging talent. It is important for us to bring back these skilled tradespeople that we lost during the recession, but also to keep more and more new people coming on board every year to tackle the skills shortages we currently face.

The CIF will continue to work towards making the construction industry a more attractive and inclusive place, and encourage young people to think of careers in construction and to undertake apprenticeships.”