The updated version of the Project Ireland 2040 Capital Investment Tracker, ‘MyProjectIreland’, was launched on 2 May 2019. 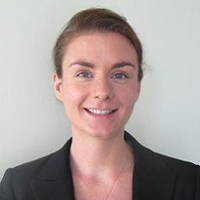 The latest version of the tracker contains all the projects and programmes in the pipeline at present that mostly cost €20 million and above. The interactive tracker is map based and contains new details on the suite of projects selected for funding under round one of the Government’s Urban and Rural Regeneration Funds in 2019. Details on schools and social housing projects are promised as the tracker develops into the future.

Projects included to date are identified by their stage in the project lifecycle. The project lifecycle stages range from project identification, business case, design, procurement, implementation/construction, and of course project completion.

On review of the tracker it becomes clear that many of the projects remain at the early stages of the project lifecycle – i.e. at planning and design stage. While this is accepted, given the fact that we are still in the early stages of the roll out of Project Ireland 2040, CIF members expected that we would begin to see more of the identified projects proceed to procurement and implementation/construction sooner.

As CIF President Pat Lucey states in his foreward to CIF’s pre-Budget 2020 submission: “construction is a significant part of our economy and in overall numbers appears to be performing reasonably well. But dig just a little below those overall numbers and extreme imbalances are obvious, across geographies and across sectors.”

If we examine just one of the National Strategic Outcomes ‘Enhanced Regional Accessibility’ we can see some evidence of developments on the appraisal and design of certain transport projects supporting it, such as the Western Distributor road project in Sligo – for which a contract was awarded in November 2018.

Then there are those projects due to commence construction in 2019 (subject to business case approval and sanction by Government):

And those projects due to progress to contract award in 2019:

And those projects due for completion in 2019:

Since recovery in the sector began construction growth has been dominated by growth in the private residential and non-residential sectors. There has been very limited output growth in public construction. Coherent and timely implementation of committed funding under Project Ireland 2040 and the NDP will support more sustainable growth in all sectors of the construction industry, and this will benefit the wider economy.

The timeline for infrastructure projects is predictably uncertain, yet, despite a huge immediate economic and social demand for infrastructure, and a commitment to invest, the relatively small spends on preparatory works are not prioritised. This delays projects unnecessarily and ultimately costs the Exchequer as inflation erodes investment. CIF is asking Government to progress and finance the forward planning and procurement work for infrastructure projects identified in the NDP. Ultimately, Early Contractor Involvement, earlier planning, and better control of the construction process by people who understand construction and timescales will lead to higher productivity outcomes for industry, the wider economy and the Exchequer.

It is very important that CIF members across the country begin to drill down into the tracker and the projects listed to identify public construction opportunities in their region and locality. The CIF wholly supports Project Ireland 2040 and where there are blockages, challenges and capacity constraints the CIF will work with Government in delivering the ambitious €116 billion investment plan.

The CIF values all feedback on the tracker, and on the projects identified, so that it can report back to Government. Members are very welcome to contact me directly with feedback so that their experiences are fully understood and considered.