in News in Pages in Events in Reports in Services in Webinars in Downloads in Associations
Home / News / #BuildingEquality – Sharing Your Stories: Februarie Crooke 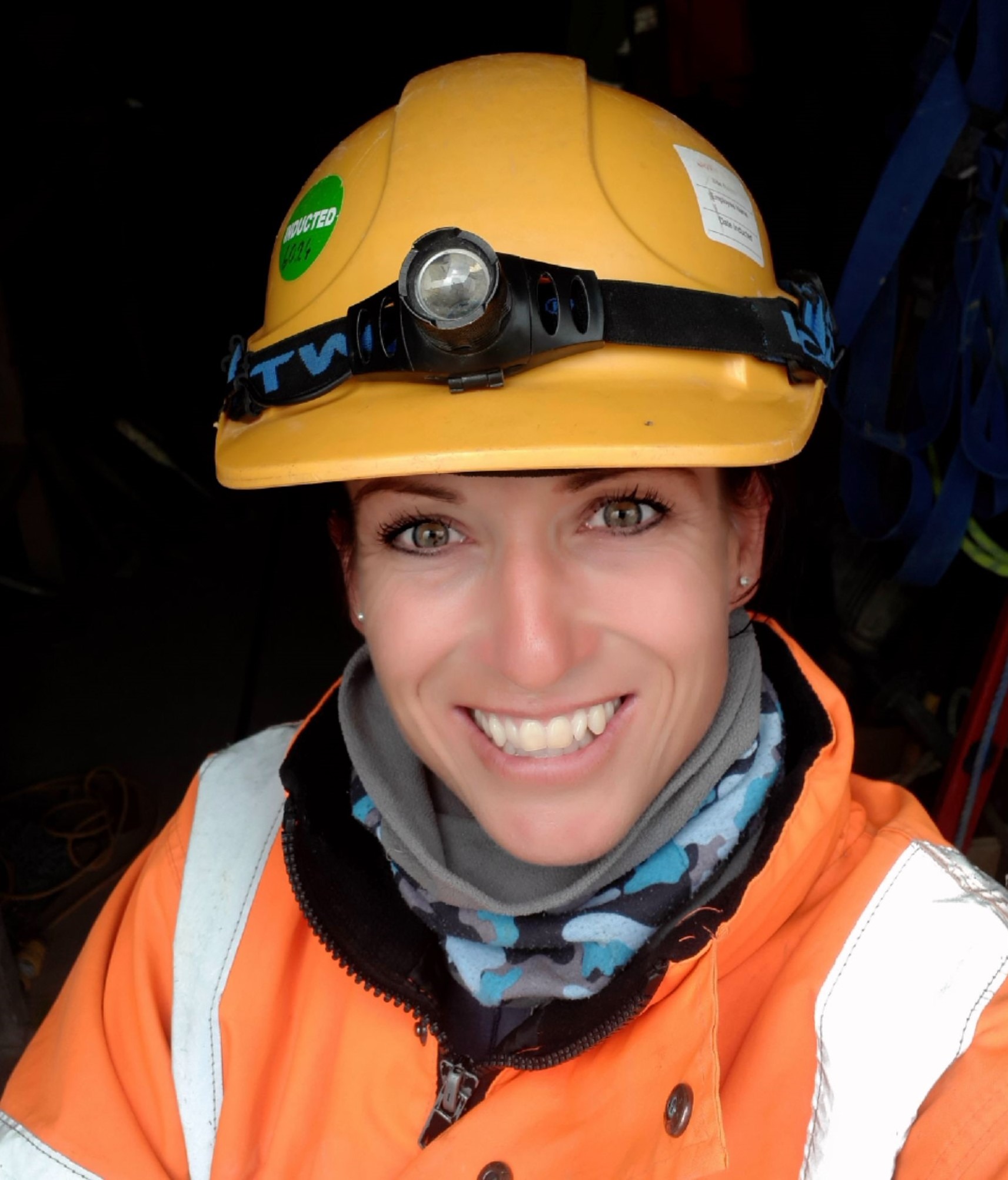 ‘The job of a slinger signaller is one of the most important jobs on a building site. It requires skill, diligence, and concentration, working alongside the lifting teams to provide safe direction and supervision to the crane operators’ 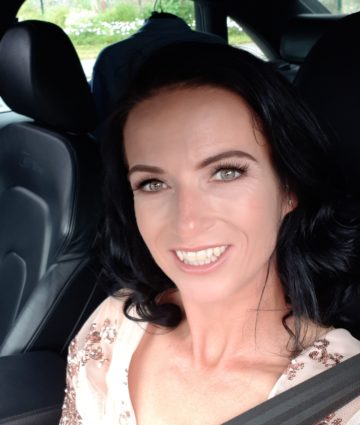 In 1999 my brother, who had been working as a site clerk for Heritage Properties, was leaving to start an apprenticeship in Shannon Aero Space. I was 20 and very disillusioned with the career I had chosen and had trained for as a chef. He told me to apply for his job and give construction a go. I met with the site foreman, Fran Whelan, who decided to give me a chance. And that’s when the bug caught. I was running around a building site, up on the back of trailers, checking deliveries, counting blocks and recording works on drawings for the QS and engineers, very happy, and the money was good.

I worked from 1999 until 2004 as a site clerk or site administrator for several different contractors, but was very ill at ease being confined to an office role and felt boxed in. In 2004 while working for John Paul Construction, I asked for more onsite work and was let loose to deal with the likes of documenting and monitoring quality, quantity and labour allocations when I had my office work done.

I was always fascinated by the cranes onsite, particularly the mobile cranes but never had the inclination to drive them, just control them from the ground. After getting the go ahead from John Pauls, I asked one of the banksmen, Pat Mc Auley, to train me up. For 6 months I stayed after work and started at ridiculous hours in the morning before work to gain my experience in banking the cranes. Finally, Pat decided I was experienced enough to go for my ticket. In July 2005, I went to FAS in Kill, laughed with the men who were laughing at me, the girl doing the banksman ticket, and 3 days later, I passed the course and donned my orange hi-viz. I moved around on different jobs gaining experience and getting more and more confident in myself and my abilities.

Being the only girl of 4, I wasn’t shy or retiring and my Father always told me that I could be and do anything I wanted. He always pushed me to be my best and take pride in any job I undertook. It never occurred to me that it was a big deal for me to be working in a male dominated sector, I was always accepted as ‘one of the lads’ and my drivers treated me like their little sister. No one dared to look wrong or speak wrong to me. My drivers knew I was very capable of the tasks and made sure that everyone else knew it too. These men wouldn’t stand for any little making and often laughed that I could get the job done better, safer and faster than my male counterparts. Any prejudicial remarks only ever came from other women who felt sorry for me having ‘such a difficult job’ and men with white collar jobs who were disgusted by ‘A woman!! doing a man’s job!! That’s effing ridiculous!’ this actual remark was made, very loudly, on Stephen’s green by a group of 4 postmen walking past a job I was working on 6 years ago. 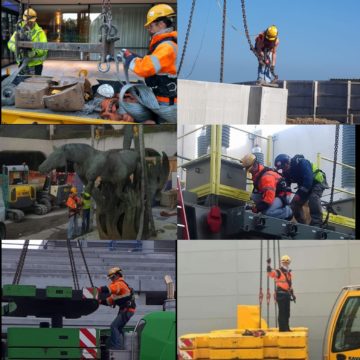 When I met my boyfriend 2 years ago, he was taken aback by what I do, mind you, I did have to explain the job to him, he’s from a military background and had no clue what a banksman was. He fully supports me and even puts up with my incessant talk about work and what went on and who done what, where and when.

Bearing in mind the extremely heavy and physical job I undertake and being only 5’5’’, slightly built (and with immaculately manicured nails) the client / contractor tends to judge a book by its cover but at that stage, I’m on site and it’s too late, they have to let me do the job they have hired me for. Mick Maher of ICMS, a gentleman to work for, told me that he would never again judge a book by its cover. He ordered a banksman off BSS and when I arrived onsite, he remarked to another foreman that I wouldn’t last the week, that I there wasn’t a hope that I could manage the lifting gear used for the precast concrete that was being installed. 8 months later, when the project was finished and I was off hired, he admitted this to me while laughing at himself and that he looked forward to working with me again.

I have worked for and with some absolutely fantastic contractors, companies and agencies in my 20 years. Allen & Smyth, ASK Romein, BSS recruitment, Kavanagh Crane Hire, Kevin Keogh Crane Hire, Flynn Crane Hire, ICMS, Walls Construction and currently Dowling Crane Services and PJ Hegarty & Sons Ltd. This is only to name a very few. All these companies and contractors hired me and sent me out on their site knowing that I was well able for the work and never had any qualms about my capabilities. Building Staff Solutions (BSS) sent me out knowing that after the initial shock of the client, within an hour or so, I would have proven myself and there wouldn’t be any issues.

I have also come across some very ignorant contractors, one example would be last year, I applied for a slinger position near home. I contacted the site manager who asked me was I ‘one of those that went whingeing to the foreman every time someone said boo to me’ I assured him that it would more than likely be the other way around and after offering me the job I told him I wasn’t interested. This type of contractor, thank god, are very few and far between. Leave your sensitivities at the gate but always have a line drawn that cannot be crossed. 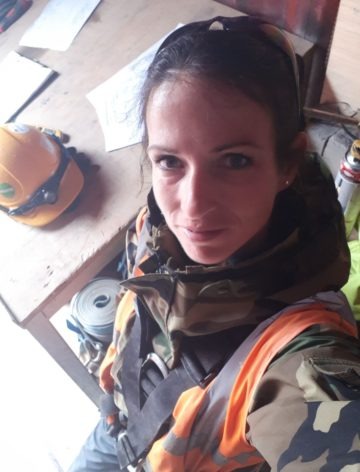 In order to get more women onto site we need to be targeting young girls, from primary school age. Instead of wanting to become a ballerina or a princess they want to become drivers and carpenters, the industry will be their oyster. My 9 year old daughter tells everyone that her mammy works with cranes and gets questions from her teachers and the other girls about it.  I have taken her, from a young age, with me to some of the crane plant yards to see the mobile cranes and most recently onto site to see the 6 tower cranes I manage. Saying that, she wants to be a hairdresser. I see no issue at all because like me, she’ll have a trade. I can fall back into cheffing if the industry slows down again. The sector is also considered ‘unladylike’ and too difficult or heavy for women. I prove them wrong every day.

People’s perceptions have got to change, the older generation have got to support the younger people and start instilling a sense of confidence that they, both male and female, can do and be whatever they want without being ostracised or laughed at, and even if they are laughed at,   they have the mental strength and support to get out there, prove themselves and be given the chance to earn the respect of their peers. As a single mother, and one of the very few female operatives in construction, I want my daughter to see that life is good if you work hard enough for it while doing a job that you love, no matter what other people think. I learned this myself, at a very young age from both my mother and father who worked themselves silly to make sure the 4 of us never wanted and were happy. They made sure we were supported in our own choices.