The role of Health & Safety in Mental Health 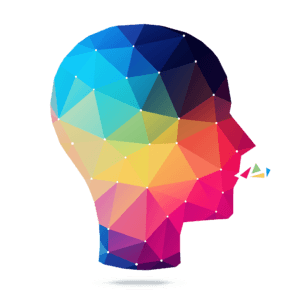 Former Health & Safety and Fire Life Safety Consultant, Shane Lannon of Azon, talks about the discussion around mental health in the workplace and how Health & Safety professionals could play a part.

Previously, I spoke about the progression of Health & Safety from a tick the box, additional expense exercise to becoming an important part of the core considerations of any construction organisation. The pressure for this change has come from both inside and outside the industry, on the back of efforts to improve standards of work for employees and also reduce the amount of serious injuries or fatalities.
This has lead to the industry as a whole having to put real investment not only into legal compliance and safety standards but into the Health & Safety of the people in it. Staying with the people aspect, the rise of mental health awareness in the last 2 years has been interesting to watch. What started as light-hearted, semi-serious conversations, on social media has now filtered its way into professional organisations as genuine consideration for decision makers.
Safety Week
For example the Construction Industry Federation held Safety Week a few weeks ago, with mental health being the first theme highlighted. Organisations such as CIF putting it to the forefront helps to get business leaders thinking about how to better incorporate mental health & wellbeing into their overall employee wellness policies.
We’ve come from a time where the attitude was very much “we have a job to do”, an environment where keeping your head down and avoiding serious, emotional topics was an unspoken rule. To see this evolve into a more open acceptance for talking about these issues has been positive, although there is still a long way to go.
Mental Health + Health & Safety
It’s a swift progression, and one that isn’t entirely complete yet. As the handling of mental health issues in the workplace moves forward, so does the role of Health & Safety. The question here is, where does that leave H&S professionals now?
Having talked with an inspector in the HSA a few months back, he mentioned not to be surprised if over the next 4 to 5 years stress management will be seen as an element of H&S work. A stressed individual is likely to be more prone to accidents and making poor decisions. Does that not fall under the remit of a Health & Safety officer? Should they be charged with monitoring and managing stress on site?
Another conversation I had recently was with an individual at a large corporate organisation. He spoke of the evolution of the H&S function, with more topics falling under his remit and generally being given more responsibility. Chief among those was mental health. There is no doubt that an expansion of a role like that should carry with it further training and increased compensation.
Beyond the first steps
These first steps to address mental health in the construction industry and beyond cannot be viewed as anything but positive. I think where questions arise is the conversation around responsibilities, training, and remits.
Should the first port of call for mental health management be with H&S? Will H&S training and certification grow with this new reality, for example undertaking Mental Health First Aid courses? Or should organisations look into already qualified professionals, such as psychologists or occupational therapists? Perhaps this could be the beginning of an entirely new area of study and work, allowing those in H&S more drawn to helping people being able to focus on that alone.
These are just my thoughts on the matter, and I hope they can start a dialogue on the issues at hand. Overall, there is so much to be positive about with how mental health is being treated now. Just as the conversation about mental health is in its early days, so is the conversation about the role Health & Safety plays in it.