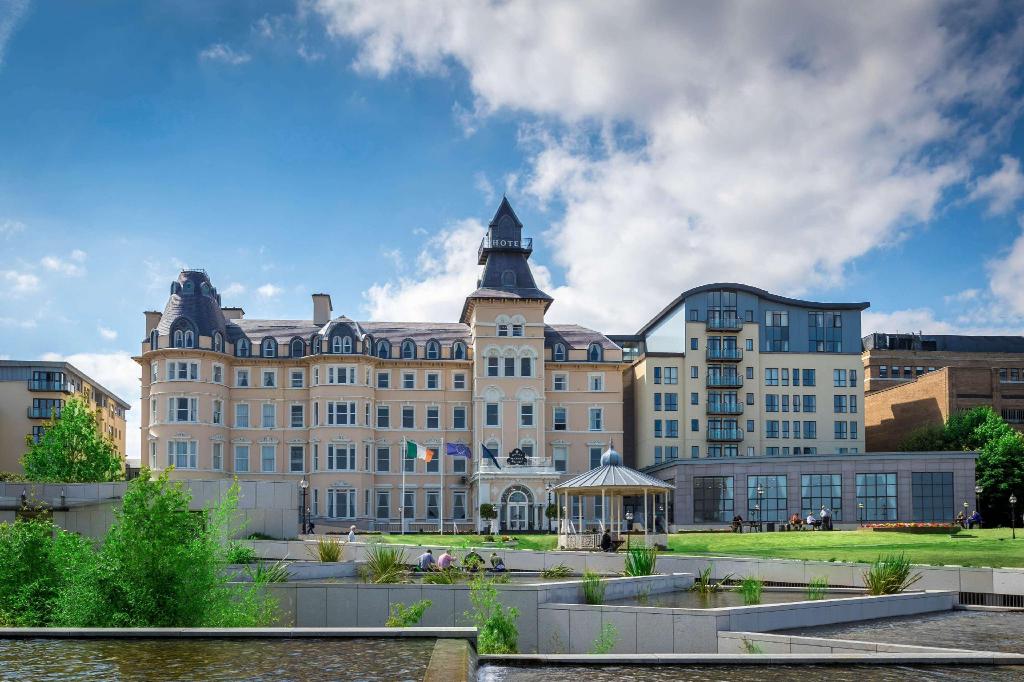 Seamus Neville, Managing Director, Neville Group, speaks about his company’s move into the hotel business and current opportunities and challenges in construction.

In the early years, the company was primarily involved in public sector contracts, consisting of housing, schools and factories. In the late 1980s, it diversified into property development and expanded its operations into the UK and Northern Ireland through its sister company WN Developments Ltd, and also the USA and Europe. Today, the company is helmed by managing director Seamus Neville, who says William Neville & Sons’ “long-standing reputation for integrity, professionalism and excellence” can be primarily attributed to all of the directors’ active involvement in the day to day running of each of its developments, from the commencement of construction to handover to the customer. The building arm of the business is currently thriving.

“Our company has commenced construction on the first phase of 322 units of an overall development of approximately 1,700 units on the Cherrywood SDZ lands.

Planning applications are also currently being prepared for the next phase of works in Cherrywood, together with the development of over 400 units at Park in Wexford, and a mixed-use development of a hotel, nursing home and residential units in Sallins, Co Kildare. 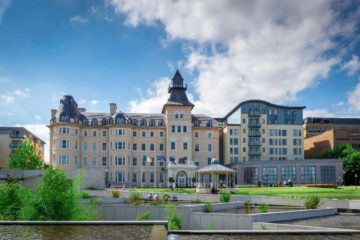 In the early 2000s, with a growing number of family members involved in the business, it was decided to diversify, and the hotel industry seemed a good fit with the core business. The company purchased the four-star Royal Marine Hotel in Dun Laoghaire.

“We fully renovated and extended the Royal Marine to include 228 bedrooms, conference centre and spa. In 2014, we acquired the Rivercourt Hotel in Kilkenny, and in 2016, the Tower Hotel in Waterford, where we are currently carrying out an €8m refurbishment and extension, joined the portfolio. A planning application is currently with An Bord Pleanála for the addition of a conference centre, and a further 60 bedrooms,” Seamus Neville adds.

Most recently, the Neville Group completed the purchase of the five-star Druids Glen Hotel & Golf Resort in Wicklow. Permission has also been granted for a hotel and golf course in Curracloe,  Co Wexford, on which work is anticipated to commence in early 2020.

“This side of things has been flourishing, and we now employ almost 700 people,” Seamus Neville says.

William Neville & Sons has also enjoyed a strong association with the CIF since the 1970s, and Seamus Neville explains he would like to build on this relationship, through a CIF Affinity Scheme offer.

“The offer gives CIF members a 15% discount at all four Neville Hotels, these being the Royal Marine Hotel, Druids Glen Hotel & Golf Resort, the River Court Hotel and the Tower Hotel. This offer allows CIF members to take advantage of visiting and experiencing great locations in Ireland while staying at our luxury hotels,” he says.

Of the industry in general, Seamus Neville says he has seen it recover considerably, with activity quite buoyant in the large urban areas.

“Unfortunately, this is not the case in many provincial towns, particularly in the residential sector. Affordability, I see as a major factor and something that could easily be addressed by a reduction  in the amount of VAT, currently at 13.5%, and a reduction in planning levies. If implemented, I have little doubt it would be exchequer-neutral, and generate greater employment in the construction industry, making homes more affordable.

“Our VAT and levies compare very unfavourably with that of the UK, where VAT is 0%, and planning levies are only approximately 50/60% of the Irish levies. Also, the industry is faced with increased costs almost every other day, with building regulation requirements taking our costs and standards far above the European average,” he concludes.

To learn more about the CIF Affinity Scheme visit www.cif.ie/affinity