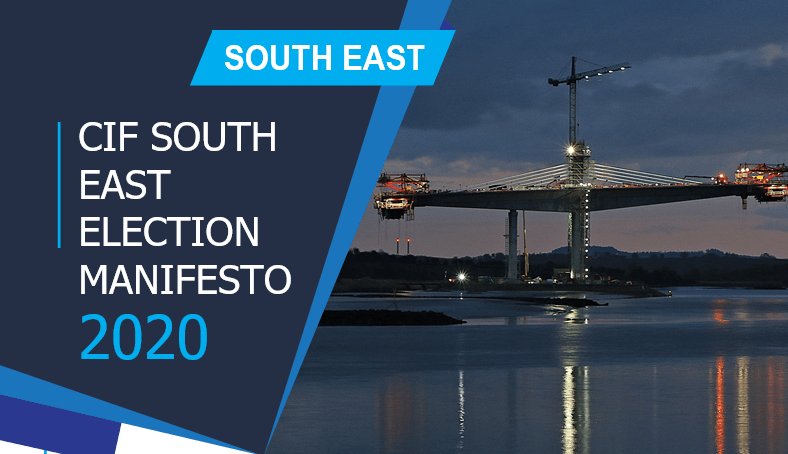 It is estimated the construction sector in the South East Region accounts for over 6% of the output of the industry and employs over 15,000 people. Construction is a major employer and provides the necessary infrastructure for the economy and society.

The population of the South East increased over the last decade despite the economic downturn. The National Planning Framework “Ireland 2040” aims to grow the population further in Tipperary, Wexford and Waterford. Indeed the population of Waterford (City and Suburbs) alone is due to increase from the current figure of 54,000 to 81,000 by 2040.

This predicted population growth means it is of upmost importance that the Government invests more in the construction of roads, cycleways, public transport, schools, hospitals, flood defences and many other types of public works in the South East.

It is vital that the required funding and commencement dates and project timescales are given for the following projects contained within the Governments various Capital Works Programmes:

The National Planning Framework “Ireland 2040” recognises the need for greater investment in regional infrastructure projects. It is essential that projects in the South East are not put at risk due to very large proposals in the Dublin region.

The Office of Government Procurement commenced a review of the Capital Works Management Framework in March 2019. It is of vital importance that amendments to the Public Works Contracts are made to ensure risk is allocated appropriately and inflationary costs are recoverable to ensure a more sustainable industry

Challenges remain right throughout the Region in relation to returning to a normal rate of construction activity. In the last 12 months only 1,354 new homes were built in the region (Waterford, Wexford & Tipperary).

Nationally, while there has been an increase in output, from just under 5k units in 2012 to just under 22k units in 2019, this is not fully reflective of the level of recovery required in the residential sector. 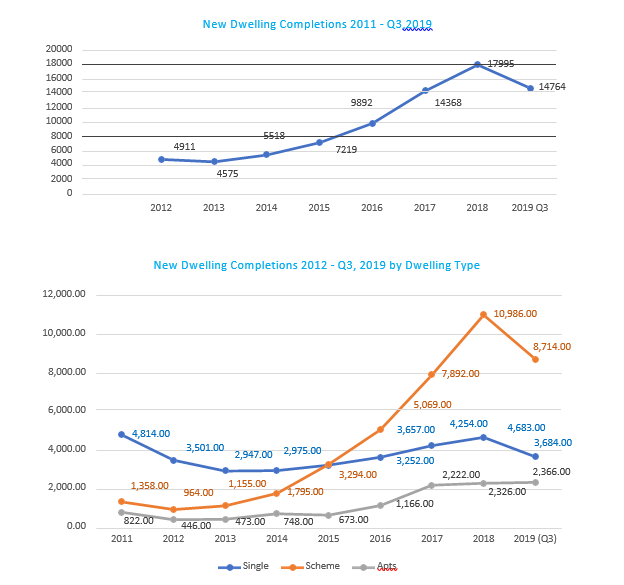