in News in Pages in Events in Reports in Services in Webinars in Downloads in Associations
Home / News / “Leveling the playing field- the role of male advocates and mentors in increasing female participation in construction.”- CIF President Pat Lucey 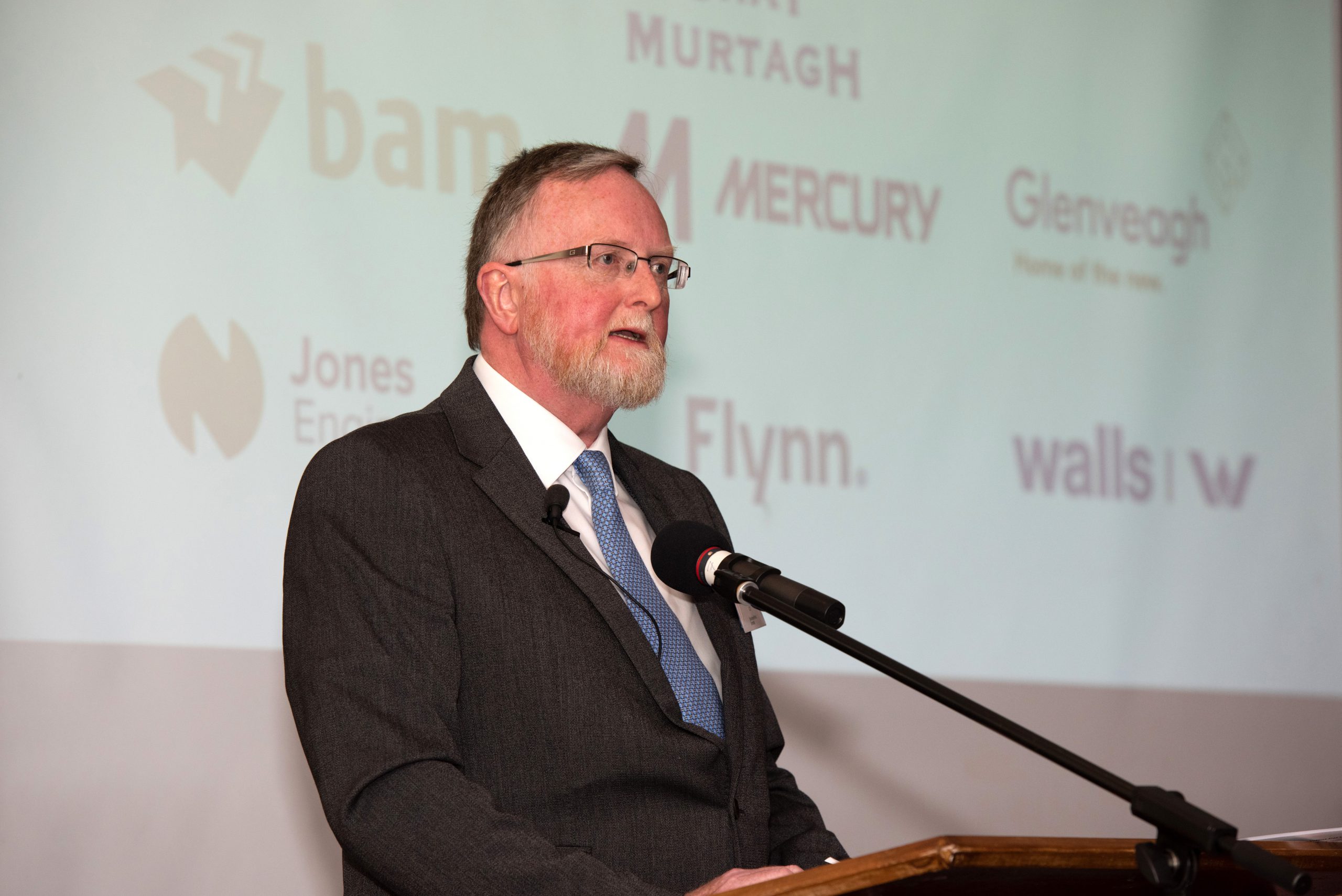 Leveling the playing field- the role of male advocates and mentors in increasing female participation in construction.

“Thank you. I am delighted to be here with you again this morning.

This is my second year as CIF President and my second time to speak at the CIF’s International Women’s Day celebration. I’m saying this to give you an idea of the regard that the CIF has for women in our industry, and the awareness amongst our members of the great deal of work that must be done to promote increased female participation and retention.

Throughout my career in the construction industry, I have witnessed a lot of changes. However, I said it last year at this very event, and I will say it again this morning –  there are some things in our industry that are not changing fast enough and I will be encouraging all here to reflect on their own efforts to ‘level the playing field’ for women in construction.

According to the Central Statistics Office the latest data that I have seen, and this is actually an improvement, is that women currently make up just over 8% [8.49%] of our industry and few, too few, are reaching senior levels.

In the ‘Gender Balance in Business Survey 2019’ the Construction sector had the lowest representation of women in senior roles of all employment sectors, at just 9% [8.9%].

To raise awareness on the current state of gender balance in the industry the Construction Magazine is including a few questions in their soon-to-be-issued questionnaire for the Top 50 Companies in Construction, which will establish the gender balance in the Boards of Directors and in the overall work force of our leading companies. That baseline data can be used to plan and measure on an annual basis from this year onwards.

So, how do we achieve change? 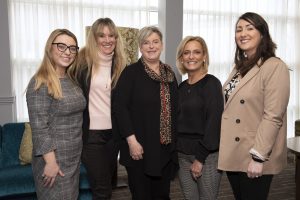 Firstly, we have to believe in, and want equality. In that regard I believe that as a society we do want equality; it’s in our DNA to want equality. Until the 17th Century we had the oldest system of law in Europe and it was egalitarian in nature. We don’t have to follow others; we just have to be true to ourselves.

But change will not happen unless senior leaders in the industry make it happen. I really believe most are trying and the increases in participation recorded by the CSO are indicative of that, perhaps!  But let’s see if we need to try harder by looking at some of the areas that are regularly identified as having room for improvement.

There are three critical areas I want to bring to your attention this morning.

Our MC today, Sonya Lennon, is a great advocate for equality. Sonya’s charitable organisation Dress for Success Dublin got extensive coverage on November 11th of last year when it pointed out that because women in Ireland are paid an average of 13.9% less than men, they were effectively working for free for the remainder of the year.

This week’s Engineers Ireland [March 4th 2020] salary survey report indicates that the gender pay gap is a real issue to be addressed in construction. So, Senior Leaders and Managers should ask themselves if they are doing enough to level the playing field for pay. 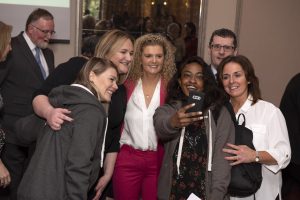 The next area to look at is – Flexible Work Options. This is, in my experience, the most important issue for the retention of women in construction.

In the modern world, with both parents working, there is immense pressure on family life from journey times to and from work, and working hours being incompatible with the care and education of children. There is unquestionably a need for Employers to put in place flexible work options, such as; reduced working weeks, working hours to fit in with childcare, remote working, and working from home.

Unfortunately, I regularly hear of rigidity in this regard forcing one parent, which is nearly always the mother, to change employment and perhaps leave the industry altogether. Senior Leaders and Managers should ask themselves if they are in the can-do flexible cohort or the rigid can’t-do cohort.

I think it’s time that we addressed obstacles like these for all employees, but in doing so acknowledge that, at the moment, many of these issues currently have a deeper impact on our female colleagues. That is simply the reality.

And the final area to look at is – Career Progression.

In December 2018 Róisín Ingle had a wonderful article in the Irish Times describing Michelle Obama’s advice to a group of students in a London girl’s school under the heading ‘Seven things every girl and women needs to know’. 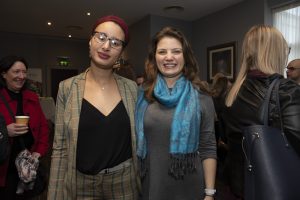 One of those seven things was this piece of advice – ‘Get out of your own way’; this was about self-doubt. In the words of Michelle Obama;  “It takes some time and it takes some maturity to start having some successes under your belt where you realise, yes, in fact I am good enough . . . so I had to get out of my own way first of all and realise I belonged just as much as anyone else.”

Those words took me back to a discussion about six years earlier. I was with a pretty large group, all male, of Senior Leaders in Construction. We had all experienced men looking to progress to the next rung on the career ladder well before they had the necessary capabilities for the role and women who would not look to go to that next rung on the career ladder until they had exceeded the necessary capabilities.

We were all conscious of the fact that, as a result, men could easily progress faster in their career than women. And we concluded that there was an onus on us to advise and mentor women in our teams to level the playing field for career progression. 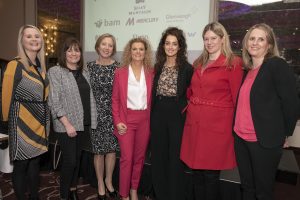 So, the question Senior Leaders and Managers should ask themselves today is; ‘Am I doing enough through mentoring to give all members in my team equal credit and equal opportunities for career progression?’

We cannot simply point to a few women at the top and urge others to reach and strive for such positions, with absolutely no support, advice or mentorship on exactly what to do to get there.

Particularly, the women who don’t know anyone involved in construction or have a family connection to mentor them. The women who have no experience of or perhaps even interest in breaking the mould, just the urge to follow their passion, which has led them into construction.

Michelle Obama spoke about mentoring to those schoolgirls in London. She said, “I didn’t get here on my own or because I was some kind of miracle kid that had magic dust sprinkled on me . . . people invested in me, they saw potential in me, they held their hand out and showed me the way. I am a product of the generosity of other people’s mentorship…”

If we are passive about gender equality, we perpetuate the problem and the cycle continues.

We cannot run from this. We must address the reasons women are not entering, or in some instances not staying in construction.

We cannot ignore it and hope, that by sheer osmosis, equality will become ingrained into our industry because it will not. We need high standards in everything we do, and high standards are gender blind.

We, both men and women, must actively address the issues that are preventing women from progressing within the construction industry. But as I said earlier, change will not happen unless senior leaders in the industry make it happen. 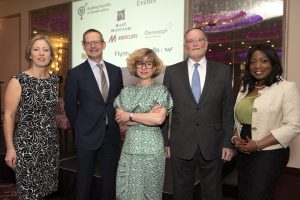 In September 2019, the CIF launched the Diversity and Inclusion Charter for members.

By signing this charter and making a commitment to further Diversity and Inclusion in their companies, CIF companies are taking one of the many necessary steps to make our industry more attractive to women and girls, both in terms of entering the industry, but also very importantly in staying in the industry and rising through the ranks.

There is a much greater impact from all of this work than you might first imagine. Improving the position of women within our industry, will have knock on effects not only on those generations coming after ours, but on other countries, where the challenge is much more extreme.

Our actions as industry leaders have wider implications on gender equality throughout the world; A world where currently, in 18 countries, husbands can legally prevent their wives from working; in 39 countries, daughters and sons do not have equal inheritance rights; and 49 countries lack laws protecting women from domestic violence.

This is what International Women’s Day is about, recognising the immense potential impact we can have by pursuing equality of opportunity for all. 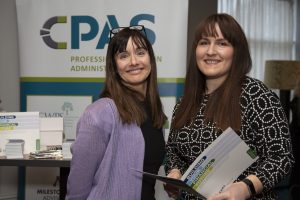 Equality is not a box to be checked, it is not something that can be paid lip service to once a year and left in a corner the rest of the time. It must be sought out; it must be worked on and it must be progressed for everyone’s good.

We have to look at our education system and gender stereotyping in that system. We still hear of girl schools that won’t facilitate Member companies presenting all the options available in construction for their students. The CIF Careers in Construction campaign will break down gender barriers in that area. And let me take this opportunity to thank our Member Companies for their generosity in sponsoring this campaign.

I for one am very glad to see the great work that the CIF and a great number of our member companies, have been doing in this sphere, over the last few years.

But we must keep going, we are nowhere close to where we need to be. If we want to be true to the egalitarian way of our ancient past; if we want to do what is right, we need to keep up the momentum.