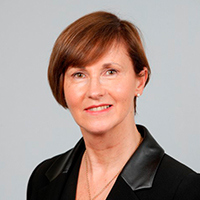 On 23rd June, the High Court issued its judgement on a challenge taken by the National Electrical Contractors of Ireland (NECI) against the Labour Court, the Minister for Business, Enterprise and Innovation, and the Attorney General. NECI challenged the validity of the Sectoral Employment Order (Electrical Contracting Sector) 2019 and the Industrial Relations (Amendment) Act 2015. NECI was successful on both counts. The defendants have decided to appeal the decision to the Supreme Court.

In his judgement, Justice Garrett Simons advised that Chapter 3 of the Industrial Relations (Amendment) Act 2015 is invalid having regard to the provisions of Article 15.2.1 of the Constitution. He also advised that it, therefore, follows that the Electrical SEO is also invalid and must fall with the parent legislation.

The effect of this judgement is that all SEOs introduced in accordance with the Industrial Relations (Amendment) Act 2015 are now deemed invalid. The SEOs applicable in the general construction industry, the mechanical sector and the electrical sector are, therefore, deemed invalid.

Workers in the industry are currently employed in accordance with the terms of the applicable SEO. A contract is, therefore, in place between employers and workers. Employers do not have the right to amend the terms of a contract of employment unilaterally.

Judge Simons advised that it is proposed to make a declaration that Chapter 3 of the Industrial Relations (Amendment) Act 2015 is invalid. It is, therefore, proposed that an Order is issued in due course giving legal effect to the judgement. However, as the defendants have decided to appeal the judgement to the Supreme Court, they may apply for a Stay on the Construction and Mechanical SEOs in particular pending the outcome of the appeal.

Until the position becomes clearer, construction employers are advised to continue to adhere to the terms of the relevant SEO until at least such time as a declaration is issued giving legal effect to the judgement or a Stay is placed on the SEOs pending appeal to the Supreme Court.

The CIF Industrial Relations sub-Committee has set up a special sub-committee to deal with this issue. This sub-committee will meet on a regular basis over the coming months.

SECTION 12 OF THE REDUNDANCY PAYMENTS ACT

Normally, workers who are on temporary lay-off or short-time working for four consecutive weeks, or a broken series of six weeks within a 13-week period, are entitled to claim redundancy from their employer in accordance with Section 12 of the Redundancy Payments Act 1967. The entitlement to claim redundancy by reason of temporary lay-off was suspended on a temporary basis under the Emergency Measures in the Public Interest (Covid-19) Act 2020. The initial suspension of section 12 of the Redundancy Payments Act 1967 was from 13th March 2020 until 31st May 2020. The period of suspension has been extended until 10th August 2020 to coincide with the Government’s road-map to fully re-open society and businesses.

RETURNING TO WORK FROM HOLIDAYS ABROAD

The current Government advice is to avoid all non-essential travel overseas, and those who do travel abroad should self-isolate for 14 days upon return to Ireland. However, on 20th July 2020, at time of writing, the Government intends to publish a ‘green list’ of countries that will allow travel outside of Ireland without having to self-isolate for 14 days upon return.

Employers should ensure that those workers who have travelled abroad to countries outside of the ‘green list’ have self-isolated for 14 days upon return to Ireland. Any worker who is self-isolating due to travelling abroad to a country outside the ‘green list’ will not be entitled to pay due to their inability to work during this time.