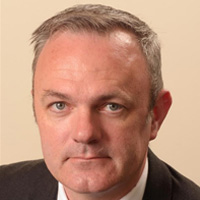 The preparation of new City & County Development Plans throughout the Southern Region has begun. Cork City, Cork County, Waterford and Limerick have recently released their Issues Papers, with Clare and Tipperary to follow suit shortly. Wexford’s Draft County Development plan is also due to be released to the public in the coming weeks. The new plans for Waterford and Limerick City and County Councils will be the first combined plans since the merger of the City & County Local Authorities in 2014. These will be part of the first batch of development plans made under Project Ireland 2040, the new planning regime brought into effect by the National Planning Framework (NPF) and National Development Plan (NDP), which were adopted in 2018.

The various Southern Region Development Plans will be framed by the National Planning Framework as it applies to each County and by the relevant objectives and policies of the Southern Regional Spatial and Economic Strategy (RSES) adopted by the Southern Assembly at the beginning of this year. In particular, the RSES includes spatial plans for the metropolitan areas where the bulk of development is to take place. These plans are called Metropolitan Area Strategic Plans (MASPs).

‘The big challenge for this region (the Southern Region) in the period to 2040 will be to position its cities as more significantly scaled, while also more compact and attractive, acting as metropolitan drivers for the region as a whole and as effective compliments to the economic strength of Dublin. Ensuring a balanced approach in activating and realising the much-underutilised potential in wider rural towns and dispersed communities will also be a priority.’

The preparation of the City & County Development Plans is one of the most important functions of the councils, acting as the blueprint for the development of the Southern Region from a physical, economic, social and environmental viewpoint. The plans will set out the overall strategy for the proper planning and sustainable development of each local authority area over a six-year period up to 2028. The Development Plan reviews have come at a challenging and unprecedented time where the recovery of our economy, rebuilding of our society, renewing of our communities and responding to the wide-ranging challenges we now face, is critical for our county and indeed our country post-pandemic.

A common theme from documents released from County Councils thus far that are of particular concern for CIF members, will be Density Objectives, Land Supply (sufficient zoned land with required infrastructure) and Infill / Brownfield Development Objectives.

Developments will not be progressed if the construction industry cannot demonstrate financial viability to the investment sector. Viability of developments will be dependent on an adequate supply of affordable, developable land and the market demand for residential units.

The Southern Region Office through its Branches will be making submissions to all City & County Issues Papers and Draft Development Plans in the Region.