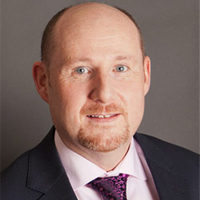 Frank Kelly is a Construction Director at Walls Construction. Frank has more than twenty five years’ industry experience having joined Walls Construction in 1992 as a site engineer progressing to contracts manager and to his current position of Construction Director. He has worked across a diverse range of sectors including commercial, retail, pharmaceutical, healthcare, residential, fit out, Industrial and education. Frank has been responsible for the delivery of some landmark projects like Trinity Biosciences on Pearse Street and the recently completed Central Bank on North Wall Quay.

Frank has been actively involved in the CIF since 2008 and sits on a number of the advisory committees to the executive body including chair of the Safety & Health Committee. His standing in the Irish construction sector was recognised by his recent term as President of the Master Builders and Contractors Association. 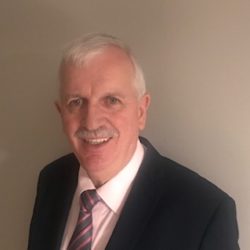 Joe Conway is a Business Development Manager with Dornan Engineering, who worked overseas with Kentz, in the African countries of Lesotho, South Africa & Botswana 1983-1997 and has worked in Ireland since his return in 1997.

He has over forty  years’ experience in the construction industry, working on mining, oil & gas industries while overseas and since his return has been involved in the pharmaceutical, datacentre and heavy industrial and commercial projects in Ireland, and served as Vice President and President of the Electrical Contractors Association (ECA)  and remains active on the ECA I.R. Committee and is also a member of the CIF Cork Branch Executive.