in News in Pages in Events in Reports in Services in Webinars in Downloads in Associations
Home / News / CIF Statement: NDP will transform Irish economy if procurement, planning and utilities barriers are removed 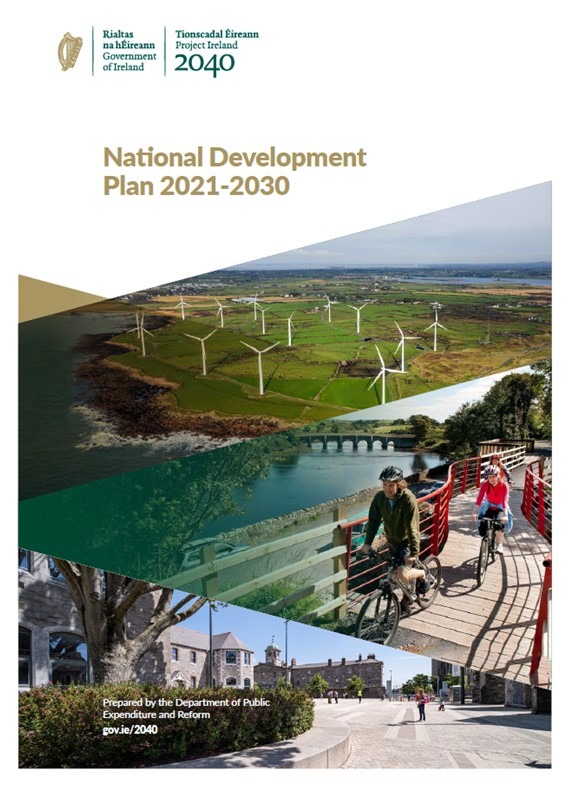 “The Government’s €165billion National Development Programme can only transform Irish society if systemic barriers in the state’s infrastructure and housing delivery systems are removed.  The CIF welcomes the vast ambition of the NDP marked by a large year on year increase in investment in infrastructure.  However, to ensure the maximum return to the taxpayer, the exchequer and the citizen, systemic barriers in the State’s public procurement, planning and the operations of its utilities must be removed.

The NDP envisages hundreds of essential infrastructure projects across the health, climate, water, housing and transport spheres.   To ensure that the benefits of the NDP are spread fairly and equitably across the majority of communities in Ireland, the State’s delivery mechanism for public sector projects must become more efficient.   It’s the CIF’s belief that with more efficient systems the existing schedule of road projects in the NDP can be delivered in addition to public transport commitments.

Already construction companies, at the front line of delivery are reporting a slow down in the tendering, approval and commencement of projects, particularly in regions outsider the greater Dublin area. Minister McGrath has reported that only 38% of this year’s capital budget has been spent to date this year.  This follows a major underspend last year that can only be partially explained by Covid restrictions.

The CIF has outlined a series of recommendations to ensure the greatest return on every NDP euro spent over the next 9 years in its Strategy for Public Sector Procurement and its recent budget submission.  Critical is reform of the Government’s contract which is now inadequate, outdated and antiquated.  New forms of contract such as New Engineering Contract (NEC) used extensively across the EU must be adopted across the public sector to avoid ‘patchy’ delivery in certain regions or across types of project.  Adopting these approaches would redress regional inequalities and enhance the ability of regions to contribute to overall economic growth and competitiveness.

Most importantly, this will drive agglomeration in regions allowing people to live, work and bring up families in thriving communities rather than face economic migration or lower social and wealth outcomes.  These forms of contract and more effective procurement models can also reduce cost overruns and delays in public sector project that will ultimately benefit the taxpayer.

The CIF has repeatedly stated that these downstream issues have a larger impact on the industry’s ability to deliver infrastructure and housing in the longer term.

Dominic Doheny, Chairman of the CIF NDP/NPF Sub-committee, said; “We are particularly pleased to see the allocation of €1.2billion for Irish Water per year over next 5 years.  In order to deliver ‘Housing for all’, we need to see positive, targeted measures which will enable supply while also tackling impediments to delivery on the ground like water infrastructure. This allocated investment will enable Irish Water to unlock the delivery of developments at a local level, allowing more home owners to access homes.”

Both labour shortages and cost increases can be ameliorated with a strong pipeline of activity as set out in the NDP and more efficiency in the state’s systems.  On a positive note, the construction industry has reported an increase in productivity in the CSO’s productivity analysis meaning the industry is delivering more value for the State’s investment in public capital.  The CIF believes the industry’s productivity will continue to increase as companies adopt more technologies and modern methods of construction.

Overall, the industry is working closely with the Government through the Construction Sector Group to ensure that barriers to delivery are removed and the industry continues to modernise.  Top of the agenda is digitalization and this will play a key role in ensuring the industry sustainable builds sustainable buildings in the future.  The industry is eminently placed to help Ireland reach the climate change goals inherent in every government policy including the NDP.  However, construction SMEs will require significant levels of support to invest in the new skills and technologies required to help Ireland’s transition to a sustainable economy.”