in News in Pages in Events in Reports in Services in Webinars in Downloads in Associations
Home / News / Men’s Health: Carole Ann Clarke interviews Elvin Box 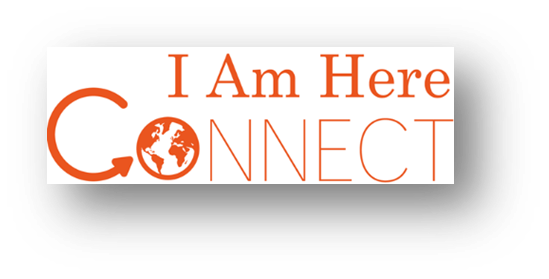 In our latest guest blog, Carole Ann Clarke, Founding Member and Managing Director Europe at “I Am Here” interviews Elvin Box, Chair, London Constructing Excellence and Men’s health advocate. Elvin will be speaking at the “Health and Safety – The Foundation to a Mentally fit workforce” webinar on 29th October, to coincide with CIF Safety Week.

It’s November, a month which casts light on men’s health, including mental health and to mark the occasion, Carole Ann Clarke of I Am Here, a global leader in mental health and wellbeing, caught up with Movember ambassador, Elvin Box. In a wide-ranging interview, Elvin talks about his own experience with mental health and in the workplace, battling with cancer, the challenges he faced, and his efforts today to learn from his experiences and advocate for more openness in workplace conversations around mental health.

Elvin: So, my first encounter with mental health problems happened in my early twenties, as an assistant project manager on a refurbishment in Knightsbridge, London. Imagine a scaffold and hoist tower 6 floors up that has been procured incorrectly.

Chris, a work colleague and, also in his twenties with a wife and a baby, had only been on the site for two days. As he was stepping back from the hoist platform onto the scaffold, he fell through the gap. He crashed against the hoist tower and fell to his death.

During the immediate hours after this horrific accident, I was calmness personified, even though the pain and anguish of the others involved was palpable.

Several weeks later I felt blue. I couldn’t concentrate. I was easily agitated and I was becoming quite paranoid. It was like being in a parallel universe. I recognised life as it was, but I could not relate to it anymore and my emotions felt becalmed. Nothing felt exciting, I had no sense of anticipation and was just going through the motions.

On the advice of both my mum and my wife, I went to see my GP. He was a good man and I had always related to him, so I was happy to talk to him candidly. It was just as well, because minutes after engaging in a conversation, I began crying uncontrollably.  I sobbed my way through the consultation, describing the fatal accident and its aftermath, with the resulting difficulties I was now experiencing. He explained to me I was unsurprisingly suffering with depression.

I was prescribed a short course of Valium, which during the 1980s was the anti-depressant of choice, and pretty much left to my own devices to come to terms with the fatal accident and try to return to normality.

Carole Ann: You have become an Ambassador for Movember mainly due to your experience with prostate cancer, which is often referred to as the “silent killer”. I love the fact that you have openly talked about the holistic impact of the cancer. Can you share your experience?

Elvin: At the end of June 2016, I was diagnosed with aggressive prostate cancer. There was a high risk that if left untreated, the tumour would spread, rendering it incurable. Consequently, my demise and ultimate death could occur within 5 years.

Having researched treatment options and after much soul searching and consultations with specialists, my wife and I agreed on the most radical approach to my predicament; to remove the prostate in its entirety via robotic surgery. The surgery would also cause the quality of my life to diminish drastically, primarily resulting in incontinence and erectile dysfunction (EDF).

4 years on, I am overjoyed to record, that I’m currently cancer-free, fit and in good physical condition. Also, and thankfully, I am making excellent progress with overcoming incontinence and EDF.

Carole Ann:  You have been through a life-altering event. Whilst the focus initially was on your recovery physically, your mental health seems to be the area that had the most negative impact on your life and those around you?

“Many men endure life-changing side effects as a result of prostate cancer treatment, which can strike at the heart of what it means to be a man, and many struggle to come to terms with the aftermath.” Heather Blake, Prostate Cancer UK

As this quote gleans, it is quite understandable that fighting to overcome incontinence and EDF led to all the anxieties, frailties and negative feelings I had gone through as a teenager regarding my prowess as a man, come flooding back. I was anxious, irritable, and quite frankly, paranoid.

“Cancer patients are up to five times more likely to take their own life than the general population and need more support to identify and treat depression.” Dr Mehran Afshar

Through this dark period of seemingly never-ending Dog Days, I never had suicidal thoughts, thankfully. I do agree with Dr Mehran Afshar’s assertion that cancer patients need help and support, where help-seeking and help-giving behaviours become the norm.

Carole Ann: You talk openly about your lovely wife Jude and how she stayed by your side at what seemed to be the lowest point of your mental health struggles.

Elvin: I did a good job hiding my struggles at work, but my poor wife endured a torrid time with my raging anger, the ensuing volatile arguments and my totally unacceptable, violent behaviour. It was extreme. On one trip to Barcelona, the police were called on two occasions, because members of the public were concerned that I would physically harm my wife.

Our marriage was being sorely tested. We agreed there was a real danger that my attacks might become so frantic and furious, that I would eventually kill her.

Carole Ann: And what has changed, Jude remains by your side, how are you both now?

Thankfully, the Dog Days are over and my wife and I made a pledge to one another, that at the very first sign of a discussion becoming an argument, both of us would STOP, take a two-minute break and reconvene the conversation without a hint of raised voices. This has been successful and the violence has ceased.

Our relationship is now hallmarked by our respect, forgiveness, and unashamed and undying love for one another.

We spend as much time as possible together, especially with our family, yet still, get to enjoy time by ourselves. Jude has a passion for crafting, whilst I seek solace in the gym and running through the leafy lanes of our local area.

Carole Ann: You experienced a life-changing event at work and you also mentioned earlier that you hid your mental health issues at work following your prostate cancer.  Can you tell me the difference between the two experiences and the culture in your workplace around your mental health struggles?

Well, post the fatality on-site, meaningful support was non-existent. In those days deaths on construction sites were quite common. The impact the fatality had on the people involved was never given any consideration. Also, back in the 1980s, open and honest discussion around the impact work was having on an employee’s mental health; in any given profession or trade, was pretty much non-existent.

Fast forward some 30 years and I am working for a Global construction organisation in London and I am coming to terms with a prostate cancer diagnosis, choosing the treatment option and undertaking a difficult recovery programme, fraught with serious mental health issues.  Very fortunately for me, things had changed dramatically regarding dealing with mental health in the workplace. Mental health was at long last on the table for discussion and managers were emerging who could deal with such highly emotional and sensitive subjects.

I have to say the industry was moving fast from “Zero to Hero”.

I have to put on record that my Line Manager was excellent throughout my prostate cancer journey; from the start of my prostate cancer diagnosis consultations, right through my Dog Days and to the point of finally getting back on an even keel.

He ensured he always gave me time for us to talk through the challenges I was facing, at any time of the day, often at weekends. He was also instrumental in arranging the counselling I received through a work-based scheme.

I would go as far as to say, without a shadow of a doubt, he was an exemplar.

Carole Ann: You see a big difference in your support system over time. The data still shows though that men are slow to reach out for help and equally people are reluctant to check in with people around Mental Health.  How do you think I Am Here can help change this?

The simplicity of I Am Here means that we can easily create a culture in our workplaces where we live the belief that; it’s ok not to feel ok, and it’s absolutely ok to ask for help. That’s the first step; providing an environment that is safe to reach out for help and others, to have the skills to offer that help.

We can all take collective responsibility for one another at a time when the world is volatile and uncertain. I Am Here provides teams with the courage, confidence and skills to be able to reach out to someone and signpost them to the help and supports they may need.

Carole Ann: What final thoughts would you like to leave the readers?

Elvin: I’m passionate about creating a positive message about mental health which I do wherever and whenever possible.  Talks on men’s health, particularly mental health and suicide prevention, provide me with immense joy, especially in male-dominated businesses, where I really feel my experiential learning of mental health is of incredible benefit.

I would love it if every man (and woman!) reading this interview would live the belief that “it’s ok not to feel ok, and it’s absolutely ok to ask for help. If we can change our mindset and slowly change our behaviours together, we will be a much healthier and more fulfilled society.

To register for the “Health and Safety – The Foundation to a Mentally fit workforce” webinar, click here.